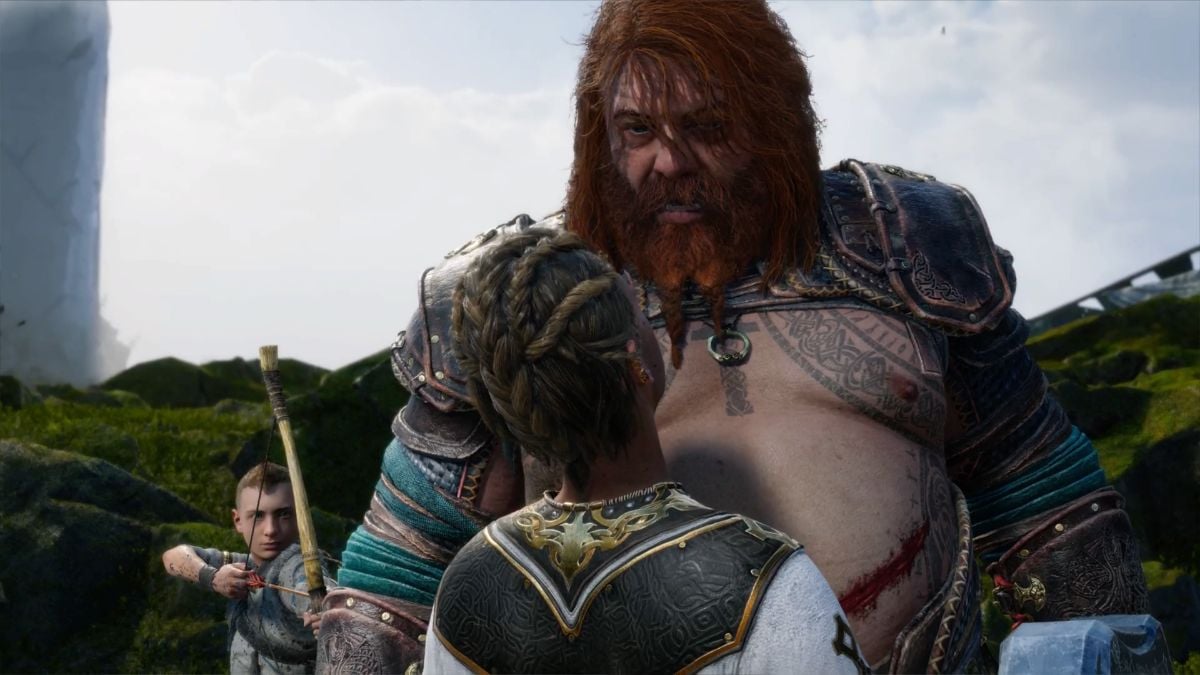 During The Runaway goal on The Path main story quest line in God of War Ragnarok, Atreus climbs to the top of Hrimthur’s Wall and, at the very top, he meets Heimdall, the watchman of the gods. Heimdall does not trust Atreus (who’s calling himself Loki by this point) and drops him off the top of the wall, but Loki manages to hang on and persuades Heimdall to take him to the Great Lodge to meet Odin. But there, Heimdall simply bullies and attacks Loki and is about to kill him when Thor intervenes.

“Take one more step, you’re not gonna like how this ends,” says Thor in an intimidating whisper.

Heimdall asks Thor how he intends to stop him, and Thor suggests that Heimdall look into his eyes and, using his divine powers, see for himself what the future has in store if he ignores Thor’s threat. Heimdall takes a good look, calls Thor “a sick man,” and backs down.

Related: How to defeat Heimdall in God of War Ragnarok

What did Heimdall see in Thor’s eyes?

While Heimdall has the power to see into Thor’s soul, we do not, nor does anyone who’s played God of War Ragnarok. But we suspect that the game’s scriptwriters are following the “Don’t Show the Monster” rule here, assuming that whatever the player comes up with in their imagination will be more violent and horrific than anything Thor could describe in words. We would guess that Heimdall saw Thor single-handedly performing a “blood eagle” on him (look it up, but only if you have a strong stomach).

Who is stronger? Thor or Heimdall?

The fact that Heimdall backs down when he sees what Thor was capable of doing to him certainly suggests that Thor is stronger than Heimdall. Thor is certainly much bigger, and it’s fair to say that he has much greater brute strength than Heimdall. However, that doesn’t necessarily mean Thor would win a fight between the two. As Loki discovers when he tries to fight him, Heimdall’s powers of anticipation make him almost impossible hit by any normal means.

Why did Heimdall call Thor a sick man?

Only Thor and Heimdall know exactly why Heimdall calls Thor “sick,” but it’s presumably because the method by which Thor intends to stop Heimdall is extremely violent, sadistic, and disgusting. This line also shows that Heimdall thinks of himself as more sophisticated than and superior to Thor, who he views as little more than a barbarian and a thug.

Can Heimdall see the future?

In Norse mythology, the god Heimdall is indeed known for his incredible powers of perception, including foreknowledge. However, his ability to see into the future isn’t necessarily absolute. In God of War Ragnarok, Heimdall can see into the souls of others through their eyes and can read their intentions. This is why he doesn’t trust Loki, who does indeed intend to betray Odin, and why he backs down when he sees what Thor intends to do to him.