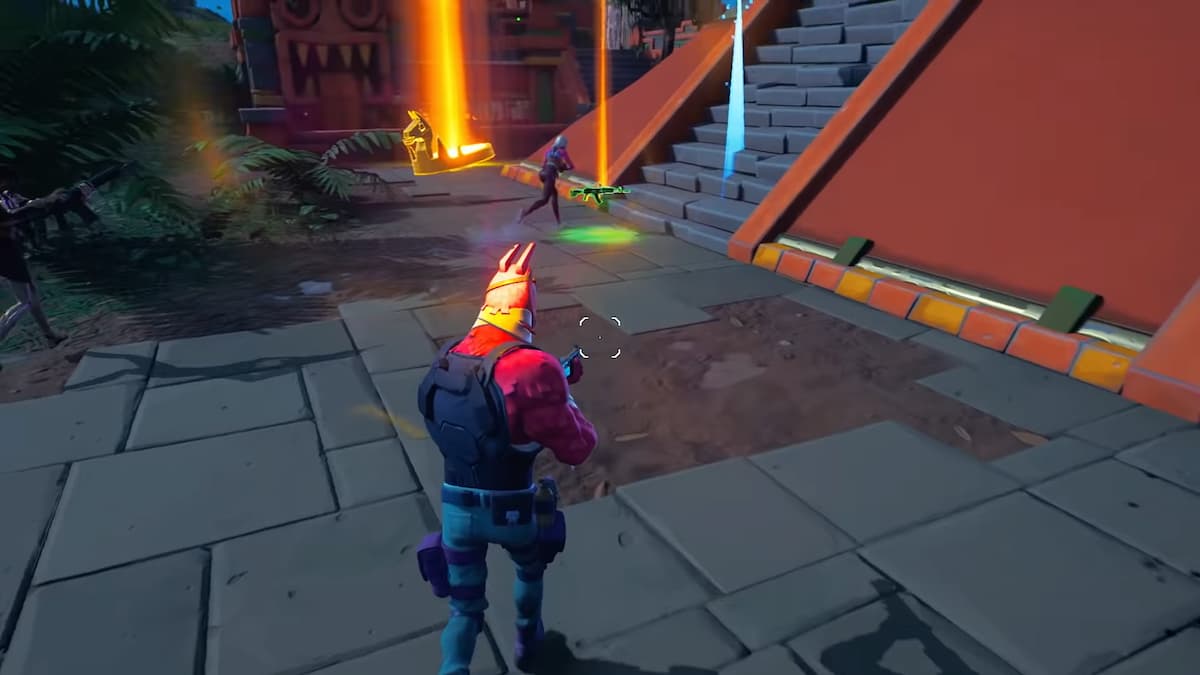 This means that you are close to the current crown holder, and if you want to get it for yourself you can hunt them down. It’s not easy holding on to the crown, but nobody said being the king was easy.

How the Victory Crown works in Fortnite

If players Place highly enough in a match they will be given a Victory Crown. They will then begin their next match wearing the crown, letting everyone know who the real leader of the pack is.

Players will gain bonus XP while they manage to hold on to the Victory Crown, but that shiny goodness is also certain to attract other players who will try to hunt you down to take it from you. If players are skilled enough to win while wearing the crown, they will get an exclusive Emote that shows off the total number of Crowned Victory Royales they have earned during the Season.

Victory Crowns are present in the core Solo, Duos, Trios, and Squads modes. Here’s how the crowns are won: