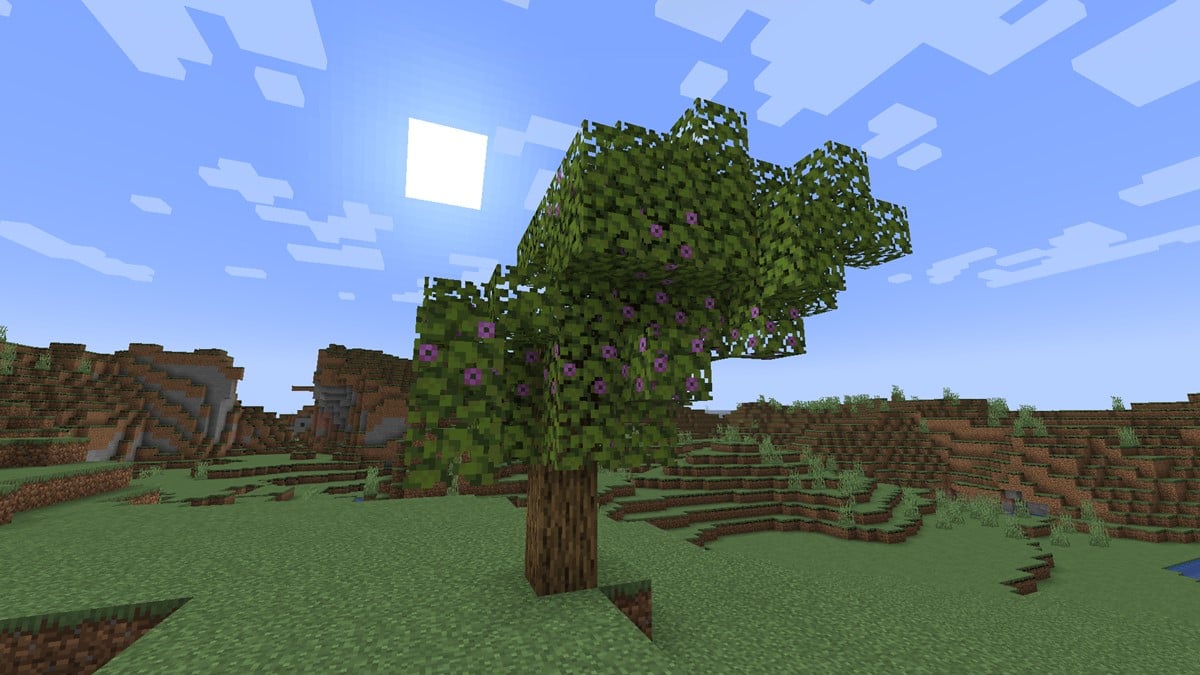 In Minecraft, there are many different types of trees. Oak Trees, Spruce Trees, Birch Trees, Jungle Trees, and many more, but the newest type of tree in Minecraft is the Azalea Tree. The Azalea is different from the previous trees in the game in a lot of ways.

One of the major differences between Azalea Trees and the usual tree types is that an Azalea Tree trunk is not made with a unique Azalea wood. It is instead made of Oak Wood, the same way it would appear for an Oak tree. The leaves, however, are unique and come in two variants: Azalea Leaves and Flowering Azalea Leaves. Unless you include Chorus Flowers or the vague texturing on the Jungle Leaves, Azalea is the first flowering tree in Minecraft. They are definitely the first Overworld tree with a unique block to represent such.

Azalea Trees also grow in a unique formation that starts at the trunk and then grows diagonally upward, rather than around or straight up. Azalea Trees are rare in that they are only located in the Lush Caves biome, and even then, they are well-dispersed and sparse within that space. Azalea Trees serve the purpose of alerting players they are in a Lush Caves biome. This is because, from the surface, the Lush Cave biomes look like any old biome (aside from the Azalea Trees), but deep in the ground, below Y = 0, there is a whole world to explore.

If you see an Azalea Tree: make a game plan, and figure out your quickest, safest way to the bottom of the world. Then you can explore a lush and exciting cave system, full of new vegetation and even Axolotls, to your heart’s content.

Azalea Trees were added in Minecraft Snapshot 21w10a, and will debut in the main game at a later date via the Caves & Cliffs update.