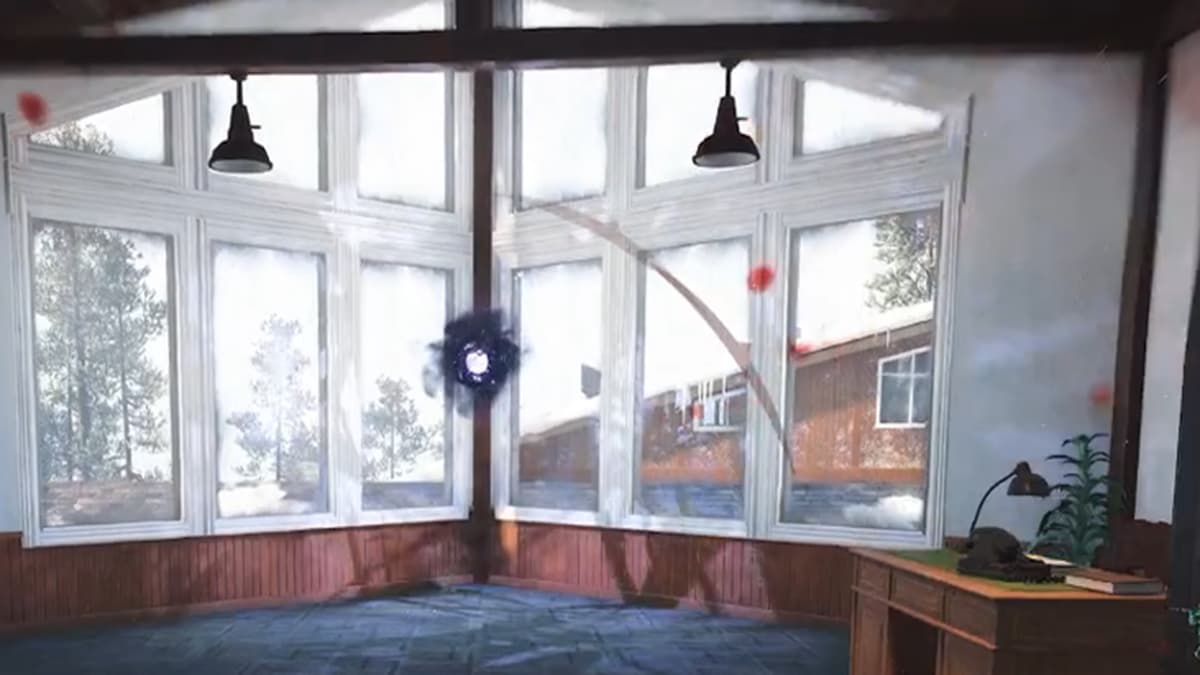 The Outbreak mode in Call of Duty: Black Ops Cold War is a brand new experience that Zombie players have not seen before. Players will teleport between multiple maps based in the Ural Mountains as they attempt to pull off various tasks for Requiem. However, the main objectives are not the only thing you can do in Outbreak. In-between objective areas, you can loot and upgrade yourself to be a little stronger against the constant undead popping up everywhere. We also came across a peculiar floating dark orb that looks very similar to the anomalies. Here is what you should do if you find it.

In our first five Outbreak games, we were able to find this orb in random buildings twice. It has an icon that will appear on the mini-map, so look for the orb in surrounding buildings if you notice it. We say this because the orb is a great way to gain many essence points and weapons or scorestreaks for free quickly. When you find it, it will be quite small.

First, we recommend getting rid of any enemies in the area. When the coast is clear, fire as many rounds into the orb as possible, it will begin growing and then dump a load of essence onto the ground and float away.

Follow it to the best of your abilities. Sometimes it can be hard to keep up with, but if you can parachute or have a vehicle, it shouldn’t be too difficult. It also appears to float in a straight line, so try to keep in mind the direction it went.

At the second spot, do the same process. Fire into the orb until it floats away and follow it wherever it goes.

This third spot will be the final location you interact with the orb. Shoot into it, and the orb will explode, but this time, in addition to essence points, you will also be rewarded with extra items. We got a free War Machine, Death Machine, a tier two MP5, and some equipment, all in the first round in our game. In total, we gained over 3,000 essence points from the three stops as well.

As of this writing, we are unsure if having teammates shoot into the orb at the same time will give extra rewards or if there is a better method to go about this. We will update this post after we get more time with Outbreak.