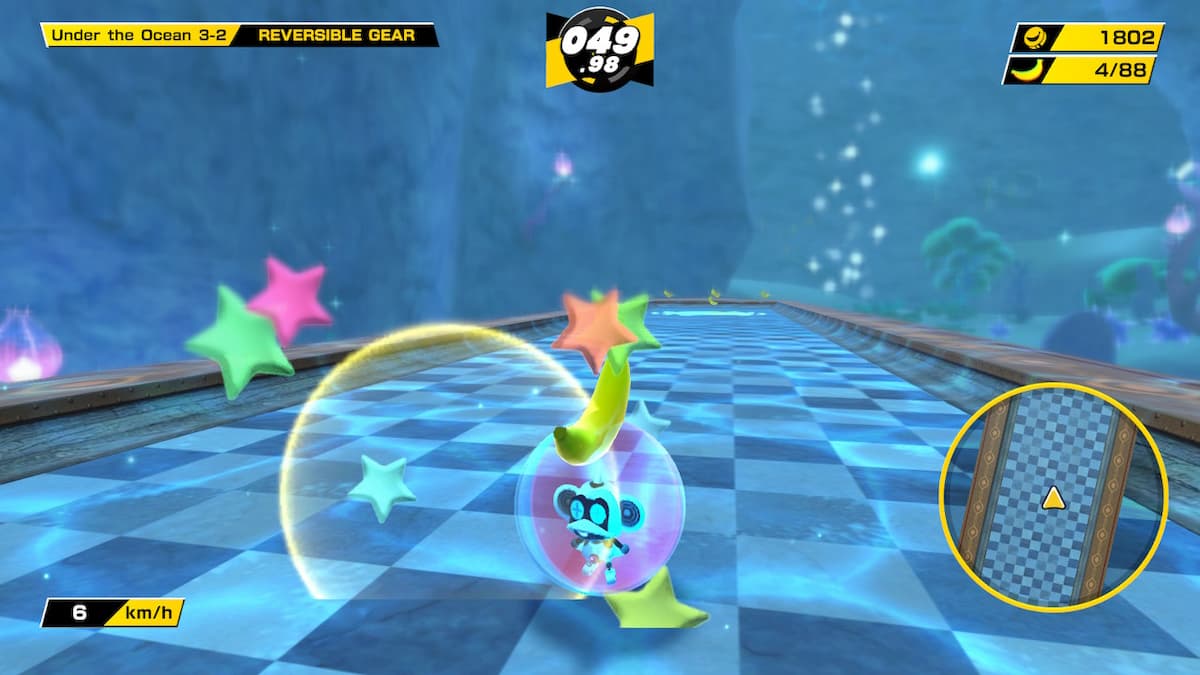 In Super Monkey Ball: Banana Mania, you can go to the Point Shop to unlock new play modes, characters, costumes, and photo filters. The assumption may be that you’re paying for these upgrades with the bananas you collect in the Main Game, but that’s only part of the picture.

The bananas in Story Mode, Challenge Mode, and Special Mode are converted into points the moment you get them. This means that, if you fall off a stage, the bananas you received on the failed run are still saved as points you can use later. One banana is converted into one point, and one banana bundle is ten points.

However, this doesn’t mean you should drive yourself insane collecting every single banana to get points. While every banana collected turns into a point, points also awarded by clearing stages and missions. These kinds of points are only awarded upon stage completion. One of the missions is always gathering every banana on the course, and that alone is worth an extra 200 points. However, other missions concern themselves with non-banana-related matters, like not stopping on a stage and clearing a stage within a certain time frame.

So, in summation, bananas are worth points, but there are additional ways to get points which do not involve getting bananas. You’ll get plenty of points just by playing the game and clearing stages. The points from banana collection are nice supplements, though.