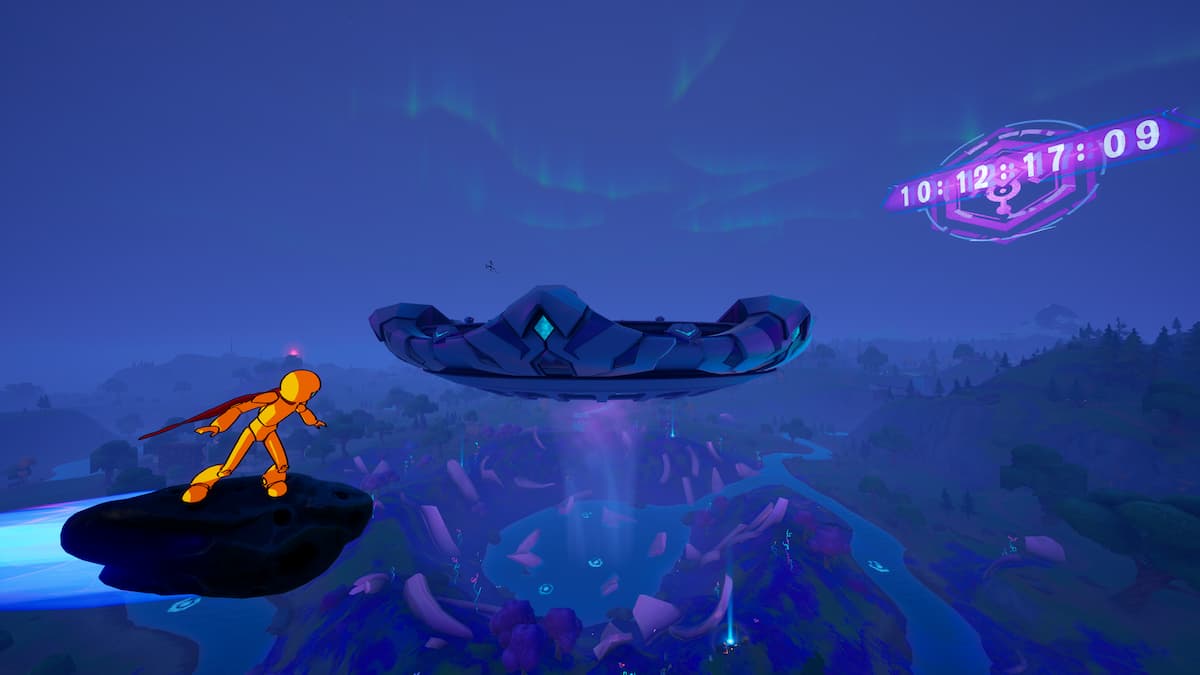 A new development has occurred in Fortnite after a recent update. A new Abductor has appeared in the center of the map, hanging over the Aftermath. Beside it, looming brightly above the island, is a countdown.

Players are wondering what the massive timer is actually counting down to. We can say for sure that it is not the end of the season, as Season 7 is not due to end until the middle of September.

The timer is counting down to August 6, at 6 PM ET, so it doesn’t line up with that date at all. What it might be for is the rumored Arianna Grande concert that will be arriving at some point in Fortnite. This feels a little strange, as Epic Game tying the narrative of the Invasion to a pop stars in-game event feels a little unusual, but it is hard to figure out what else it might be.

The Ariana Grande event is reportedly already recorded and worked up by Epic, and the star will be getting all manner of in-game items and skins, so it certainly sounds like it will be a sizeable event. The Travis Scott concern was also a massive success for Fortnite, so it does make sense that they might try to knock things up a notch for Grande.

So, at the moment it appears that the countdown is either going to be related to Ariana Grande, or a major narrative moment for the current season, with the former seeming to be the most likely.