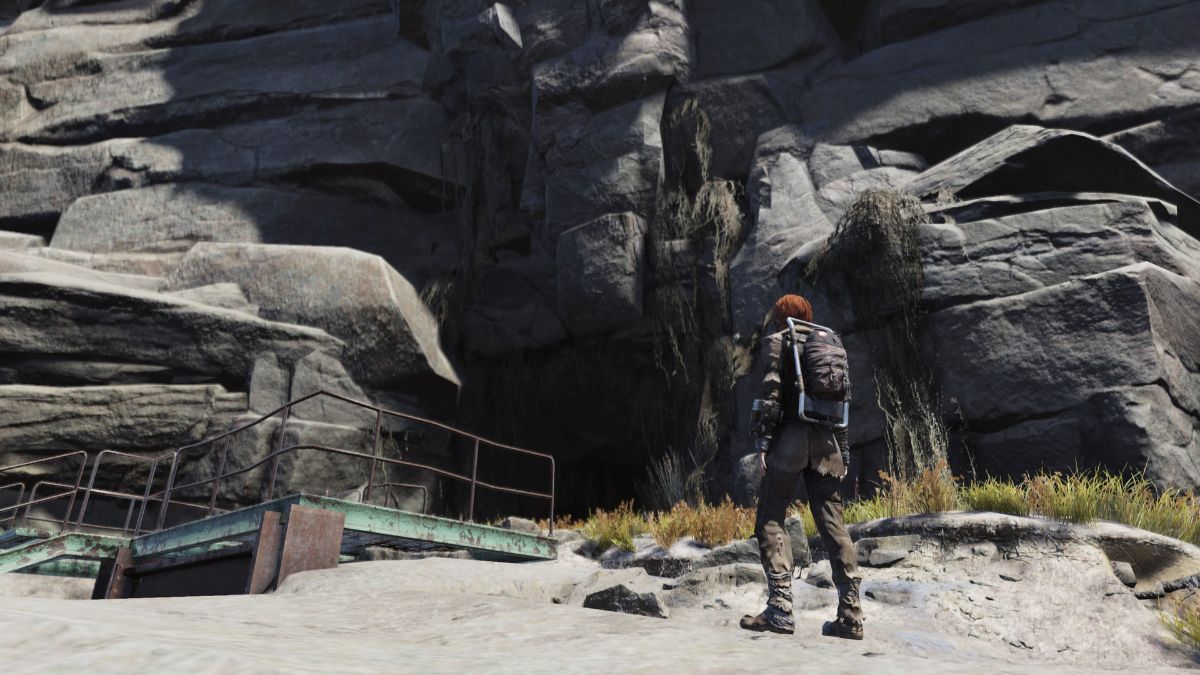 The Wastelands update for Fallout 76 brought in a whole heap of new things to experience in Appalachia. Among these new features was a questline that involves introducing the wastelands to a new form of currency; Gold Bullion. To get to it, however, you will need to get into Vault 79 and reach the National Treasury. While getting through Vault 79 is difficult enough, you can’t even get to the vault without going through the Mysterious Cave and figuring out what the code to unlock the door is.

Where is the Mysterious Cave?

You will end up making your way to the Mysterious Cave as part of the main quest line for the Wastelanders DLC. This quest is started by heading to the Wayward just south of Vault 76. After progressing through the quest line, you will eventually head north to where the Mysterious Cave is.

The Mysterious Cave is in the northernmost part of the map in the mountains near Bailey Family Cabins. Keep on your toes as you make the trek up there. There are plenty of dangerous enemies along the way.

Related: How to hack terminals in Fallout 76

How to get the code for the Mysterious Cave

When you get to the Mysterious Cave, you will see a concrete wall inside with a keypad attached to it. This wall opens as long as you have the right code for the door. Unfortunately, we can’t just give you the code since it is randomized for each player.

To get the code for the door, you will need to make your way across the map to various locations to find Mysterious Map Fragments. These can be found in the following areas: