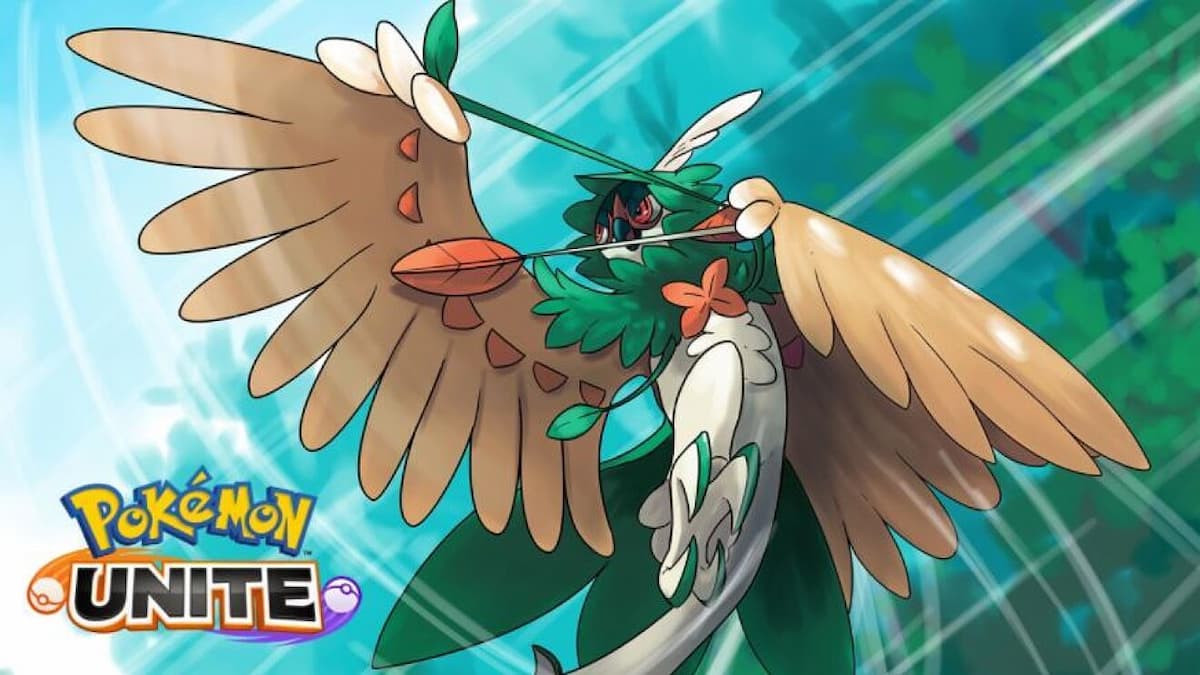 The Pokémon Company recently teased the arrival of Decidueye in Pokémon Unite. It will be the 27th addition to the Pokémon roster in the game and will play the role of an attacker. Decidueye uses leaves to deal damage, and its high mobility will give you an advantage over the opponents. Fans are eagerly waiting for it, and here’s when it will release.

The Pokémon Company has revealed that Decidueye will release on November 19; this confirms a leak from days prior about the release date. Its Unite License is expected to be costly as you will have to spend 10,000 Aeos Coins or 575 Aeos Gems for it.

Its abilities include Leafage, Astonish, Razor Leaf, Leaf Storm, Spirit Shackle, and Shadow Sneak, while the Unite Move is called Nock Nock. The exact details about the damage, movement, and other stats are unknown. We will update those once Decidueye arrives in the game.