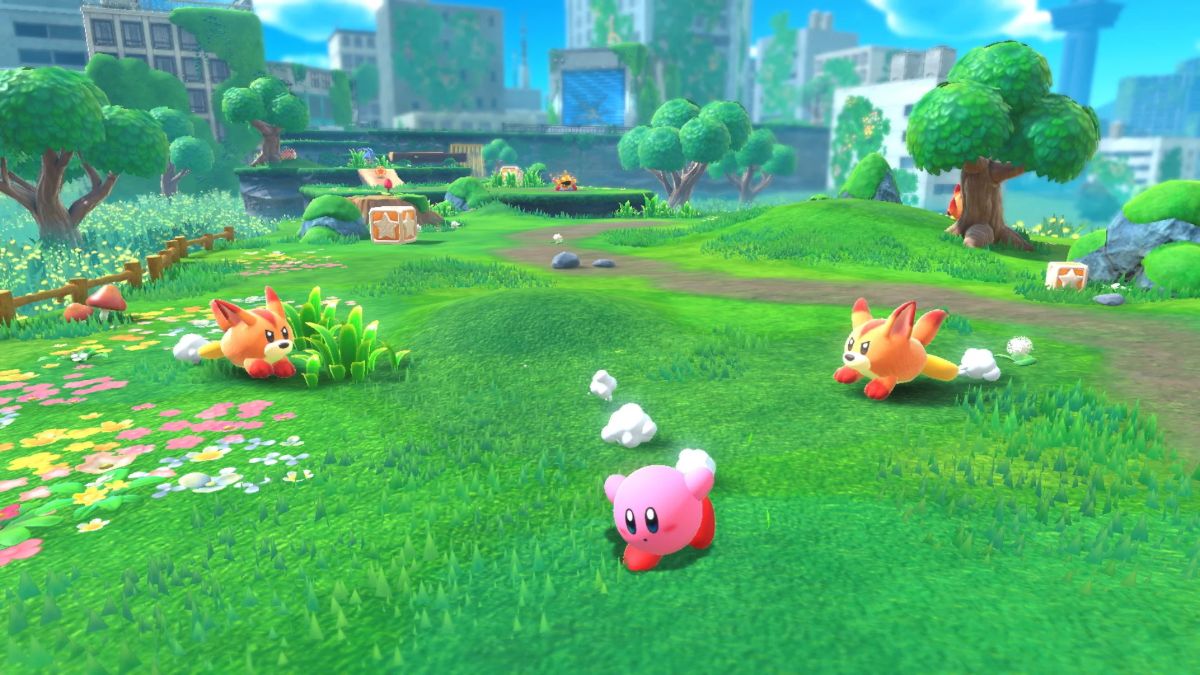 The pink puffball is finally jumping into a 3D platformer when Kirby and the Forgotten Land releases later this spring. A definitive release date for the Nintendo Switch exclusive has been announced by the publisher.

Nintendo has said via a Twitter post that Kirby and the Forgotten Land will be out exclusively on the Switch for March 25. A new trailer came with the announcement, giving more context to the game for fans to dissect.

When the game was first revealed, we saw a peculiar post-apocalyptic setting, but this new trailer showcases more lands to explore like a beach, forest, and a wintry landscape. We also see some new abilities like using a pistol in combat, and some old-school power-ups like the hammer and the sword.

The video ends with a clash against Meta Knight, one of the lead antagonists of the series. However, King Dedede hasn’t been shown in any of the trailers for Kirby and the Forgotten Land yet. As he’s usually a crucial character, we expect to see him later on. You cannot preorder the game on the Nintendo eShop as of the time of writing, but we expect Kirby and the Forgotten Land to be available soon on the store after this release date announcement, alongside some possible preorder incentives.