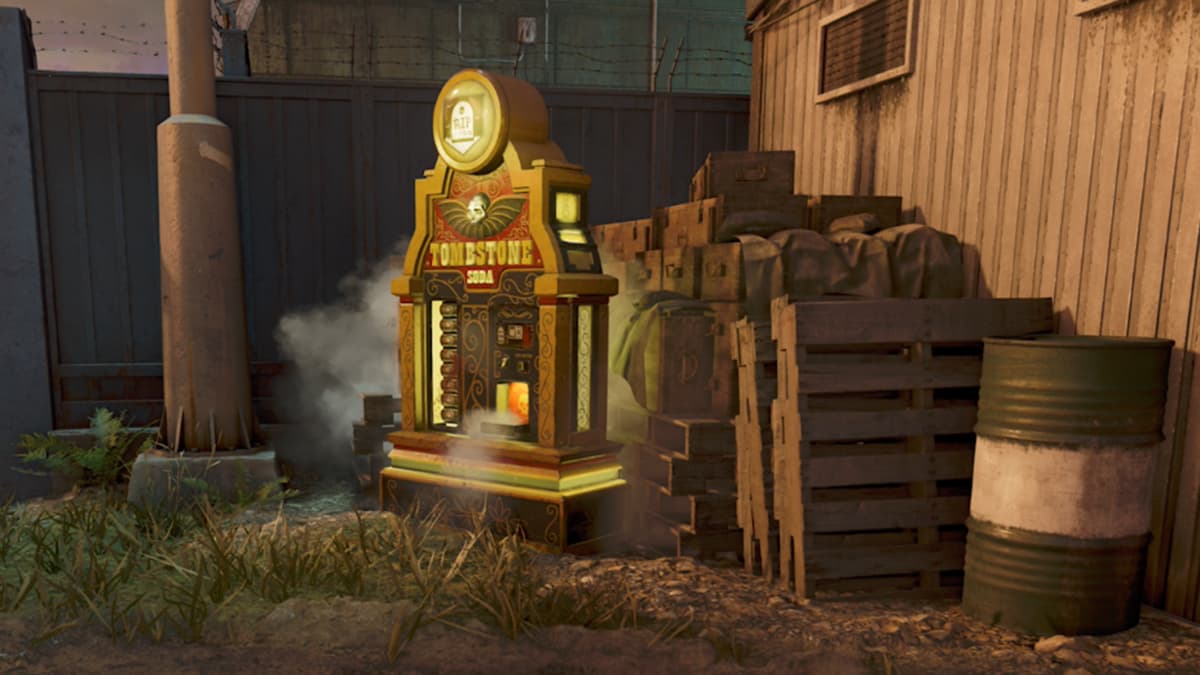 Perks in Call of Duty Zombies have always played a pivotal role in how much a struggle you will endure as the rounds in a game go higher. In Black Ops Cold War, the game started with fewer perks available in Zombies, but Treyarch is slowly adding more as time goes by. With Firebase Z’s release, they have brought back an old perk that has not been seen since Black Ops II, called Tombstone Soda, but is it any good? Here is a breakdown of Tombstone Soda, what it does, and whether or not you should buy it.

What is Tombstone Soda?

Tombstone Soda is the newest perk added to Call of Duty: Black Ops Cold War Zombies. In the map Firebase Z, its machine can be found in Helipad, to the right of the gate to the Barracks. It can also be bought through the Wunderfizz machine in the Village Mess Hall or the same machine on the map Die Maschine (or other future maps that release).

Since its introduction in Black Ops II, the perk has been modified a bit and combines elements of that old version and another perk in that game called Who’s Who? When you go down, you can create a shadow of yourself that you take over that can run around, shoot zombies, and revive yourself. If you lose your health while in this shadow form, you automatically die. You can see distinctly onscreen how long you have to pick yourself up before you run out of time, and like when you usually are down, you know the progress towards losing your perks. If you have a self-revive in your inventory, you can use Tombstone to save that self-revive if you feel confident you won’t lose health in the shadow form.

When upgrading the perk with Aetherium Crystals, you gain bonuses that make the usage much more viable, similarly to the other perks in the game. Here is what you gain at each level.

If you plan to use Tombstone Soda, it can be one of the weaker perks in the game if not upgraded at all in the menus. We recommend at the very least upgrading it one spot before jumping in. If you are looking to use your shadow to revive yourself, be sure to wait for zombies to clear away from your body before beginning the process.

At level two, a minute wait time to pick yourself up can feel like an eternity, so do not rush yourself in getting yourself up. Make sure you stay alive.

At level three, you can save any powerful pack-a-punched weapons you have and your salvage, which is very advantageous, but with no extra essence to repurchase perks, you need to play very carefully to stock up your points again, or you will just go down again.

Overall, this iteration of Tombstone Soda is fine. It’s not a terrible perk to have if you need the help to be picked up, but we would rather put our time into making self-revives and focusing on other aspects of the game to kit ourselves out.

When should you buy Tombstone Soda?

We recommend using Tombstone Soda when playing with other people rather than in solo games. The viability of the perk in solo games drastically falls compared to the uses in group games. If you use the shadow and lose your health in solo games, that is game over, even if you still have a self-revive. Also, the level three upgrade is entirely useless since you have no chance to respawn and redeem your items. If playing solo, focus on other perks first and gather salvage to build more self-revives. You can grab Tombstone as your last perk to have the extra revive if you get the chance.