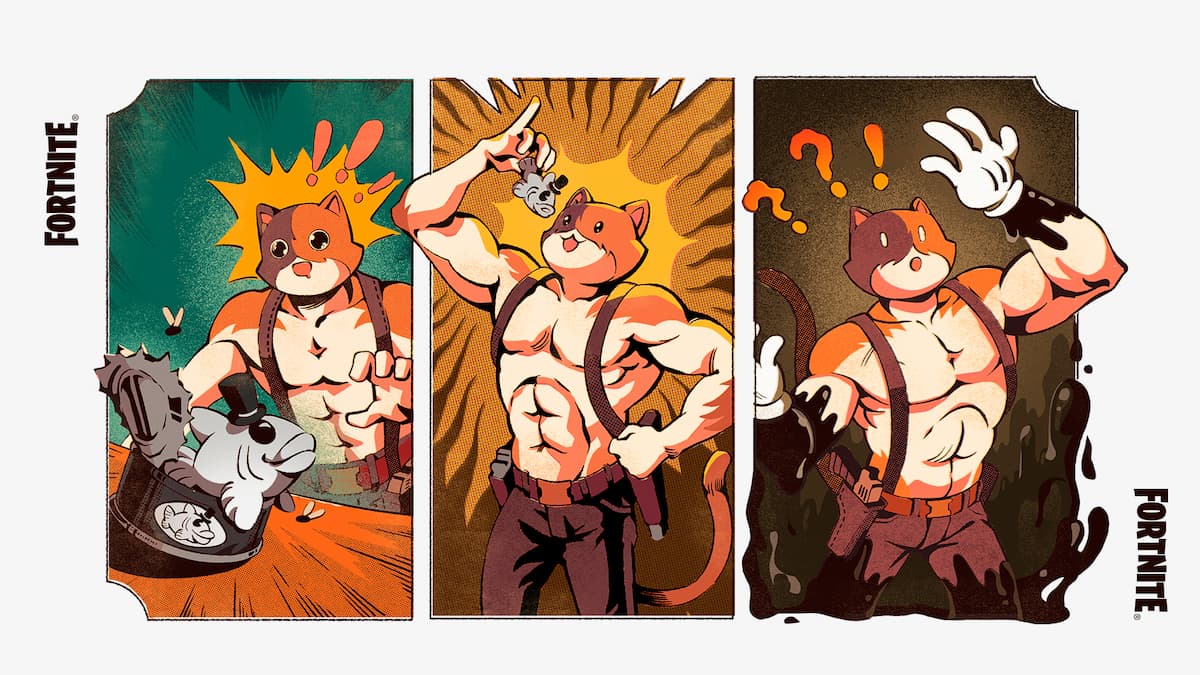 The official Fortnite Twitter account has tweeted yet another cryptic image that hints at strange things happening in the Fortnite universe. This time, it’s an old-style cartoon of Meowscles, the mancat that was introduced at the start of Chapter 2.

Meowscles would patrol and control Catty Corner until his role was taken over by his robot-riding son Kit. Meowscles came back as an NPC for a while but has been missing since the start of the current season.

In the cartoon, Meowscles eats an old can of tuna, and then a strange black ink forms around him. If you pay close attention to his hands in the third panel, there appears to be a big clue about what is happening. The mancat’s hands appear to be morphing and changing into something that looks a lot like Mickey Mouse’s gloves. Could a collaboration with Disney be on the way?

Epic has already collaborated with Disney multiple times, and classic Disneyified skins of well know characters in the game could be a very interesting crossover even. Even the name, Toona Trouble, heavily hints at the idea of cartoon variants of the skin, and perhaps other skins, appearing in the game.

Eagle-eyed players have already made the connection between the hinted at art style in the Toona Trouble comic panels and some items that appear late in the Battle Pass for the current season.

For now, while Epic has not confirmed anything, it certainly does look like some fun styles will be making their way to the game over the coming weeks. We will keep this article updated with any breaking news and developments.