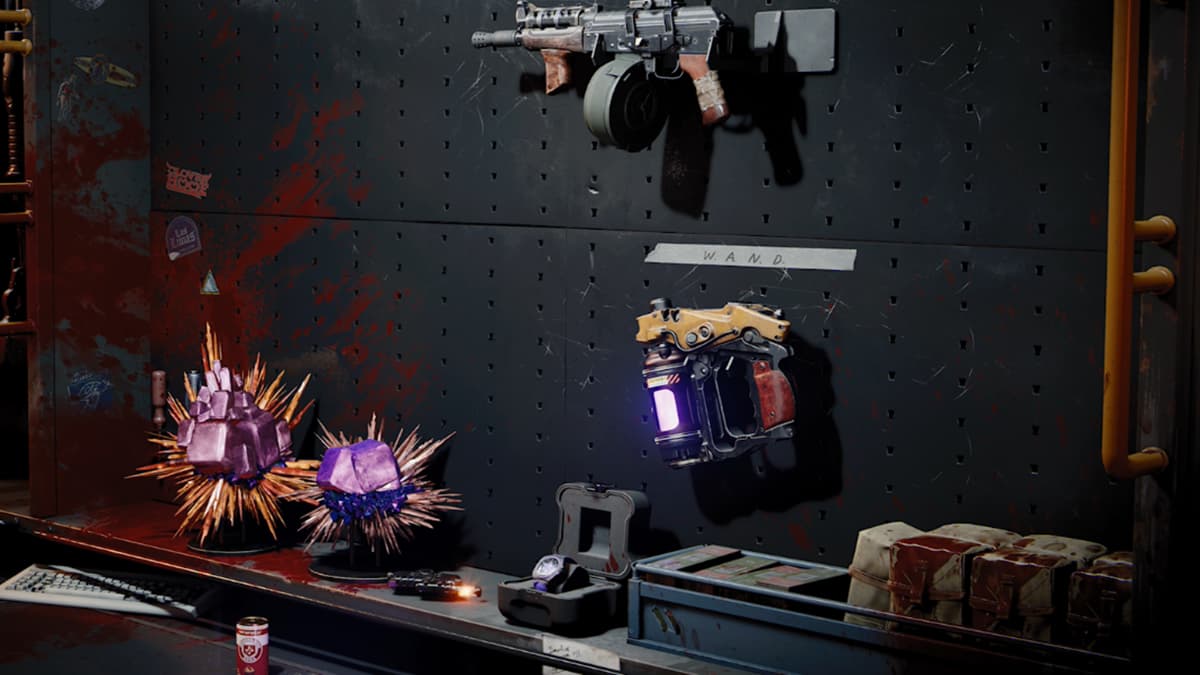 Making its debut in Season Two of Call of Duty: Black Ops Cold War Zombies is an expansion of the skill system introduced at the game’s launch. This light RPG-inspired area of the game allows you to spend Refined and Flawless Aetherium Crystals to permanently upgrade aspects of the game during a session, helping you survive longer and lay the beat down longer into the game. If you get the chance, you want to upgrade every slot to its max level, but given how obtaining the crystals is harder and will take longer than before, there are areas you should prioritize first. Here are the skills in each section you should focus on upgrading to tier IV and V in Call of Duty: Black Ops Cold War Zombies first.

Generally, if you are looking at the Weapon Class section of skills and have a particular favorite you like to use, spend your points on that first. If you are also trying to level certain weapons, prioritize those to make the grind smoother. That being said, we genuinely think shotguns are the first weapons you should focus on fully upgrading. The boost to both close quarters and critical damage makes the most powerful weapon class even better later in the game. Simply put, the other weapon classes cannot compete with Shotguns in terms of damage output, so if you want to survive longer, put your focus here.

After your shotguns — and any other class you are working on — are leveled up, it is really hard to recommend upgrading any other weapon classes until more critical areas are addressed first. If you can get your melee to tier V, you will get a life steal buff whenever you deal melee damage, which is a nice bonus but does not make upgrading that section mandatory by any means. Focus on your primary weapons and other areas first, and come back if you have the extra Refined and Flawless Aetherium Crystals.

Certain Field Upgrades are easily better than others, probably more than any other skill section. When spending the crystals, focus on whatever Field Upgrade you use the most and are most comfortable with, but the ones you should focus on are Ring of Fire, Aether Shroud, and Frenzied Guard. These three upgrades are generally favored throughout the Zombie community because of their usefulness in keeping you alive. Ring of Fire gains a potential insta-kill ability and can enhance the ring’s duration, making your firepower even better for longer, which is huge for taking down elite enemies. Both Aether Shroud and Frenzied Guard are more used for that last-second get-out-of-jail-free card. If you are in imminent danger, pop one of these, and you can breathe a sigh of relief. Generally, you cannot go wrong with any of these three choices.

As for Frost Blast, Energy Mine, and Healing Aura, the first two can have their damage capabilities replaced in various other ways in Zombies. If you want to be a team player, Healing Aura can be nice for keeping your friends alive on the battlefield. But if they have already upgraded certain perks, they gain some of the usefulness of this skill’s higher upgrades.

When it comes to perks, Juggernog is always the most important and should be your first upgrade to tier V. Not only does your armor become more robust, but you can trade your remaining armor in exchange for the chance to stay up on a hit that would typically down you. After that is fully upgraded, the perks become more arguable over which is best to focus on.

Generally, we recommend focusing on Tombstone, Deadshot Daiquiri, and Quick Revive over the others. Tombstone gets a considerable buff that pulls it more in line with its older iteration where it can help you retain perks upon being knocked down, and Deadshot Daiquiri exponentially increases your general damage output. Quick Revive gets a Last Stand-like bonus to it at tier V, where if you go down, killing an enemy will immediately help you stand up.

While all upgrades make perks better, it can be argued which ones are more important. For example, we love Speed Cola and Stamin-up but feel the tier IV and V upgrades for those perks are lacking. In contrast, Tombstone was originally our least favorable perk before Season Two, but the Tier IV and V upgrades make it more desirable. It comes down to your preferences as a player, but if you feel you don’t get enough out of a particular perk when you have it equipped, we recommend focusing there after Juggernog is maxed out.

Out of the five ammo mods available in the game as of this writing, we love Brain Rot and Dead Wire’s uses over the others. For Brain Rot, you make enemies into allies and have them fight with you, which can be really handy in certain situations. Brain Rot ammo is also strong against Mimics and Tempests, helping you take them down faster. It’s a simple mod that does a lot for you. As for Dead Wire, this ammo will make your weapons stronger against Megaton zombies, which are one of the most challenging enemies in the game. The upgrades for both ammo mods don’t escalate one over the other in our eyes since the tier V upgrades just help that effect spread to more enemies, so just upgrade the one you use more.

As for the other mods, Shatter Blast is only useful if you are not using shotguns and are having issues with armored enemies. Consider it if you need to level up SMGs, assault rifles, or pistols, but genuinely ignore it otherwise. Cryofreeze can help you deal more damage to the Panzer enemies in Outbreak, but the only way it helps is if you hit their backpack or knock their helmet off. The damage isn’t surmountable enough to recommend over Dead Wire. Otherwise, Cryofreeze and Napalm stand out as the worst ammo mods in the game, with very little use.