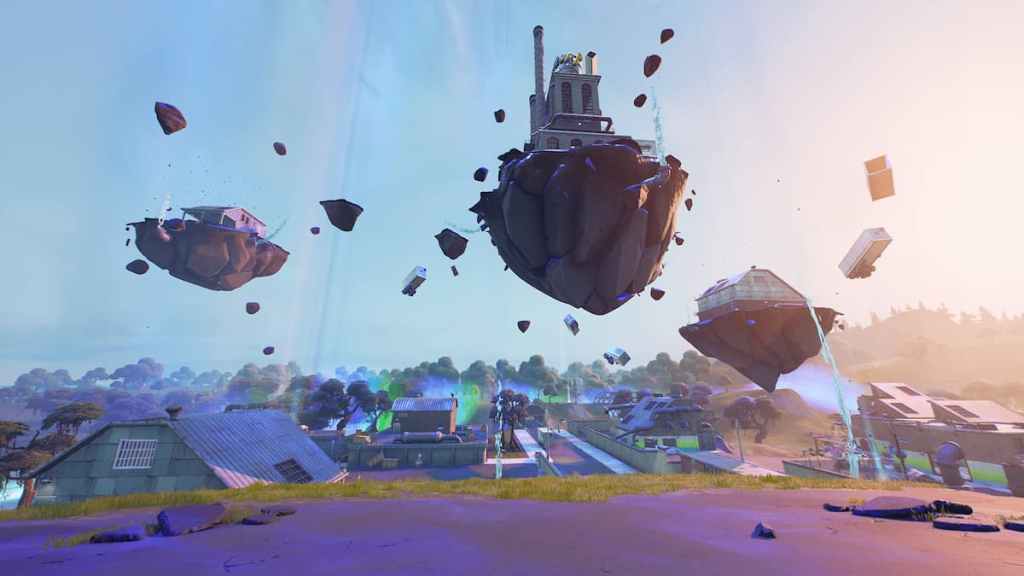 Fortnite Chapter 2 Season 7 will be drawing to a close soon and will be doing so with a bang. Before we get too deep into the details here, it goes without saying that this article will contain plenty of spoilers.

Leaks have indicated that the event, called Sky Fire, will be taking place on September 12 at 4 PM ET. Not, this could very easily change, but at the moment that is what the game files indicate.

A countdown to the event will almost certainly appear in the game before the event happens and should appear at 10 AM ET on the same day as the event. The final week of challenges, and the name, indicate that the Sky Fire event will feature the massive alien mothership crashing the ground.

According to the leaks, both Dirty Docks and Misty Meadows will be getting squashed by debris from the shop, which is interesting as neither one has changed in quite a few seasons at this point. In fact, that entire quadrant of the map has been quite stagnant, by and large.

One thing players should be aware of is that, at the moment, it would appear that as soon as the event ends, the game will be going into a period of downtime. Any challenges you have yet to finish, or skins you want to unlock, should be done BEFORE the Sky Fire event takes place.