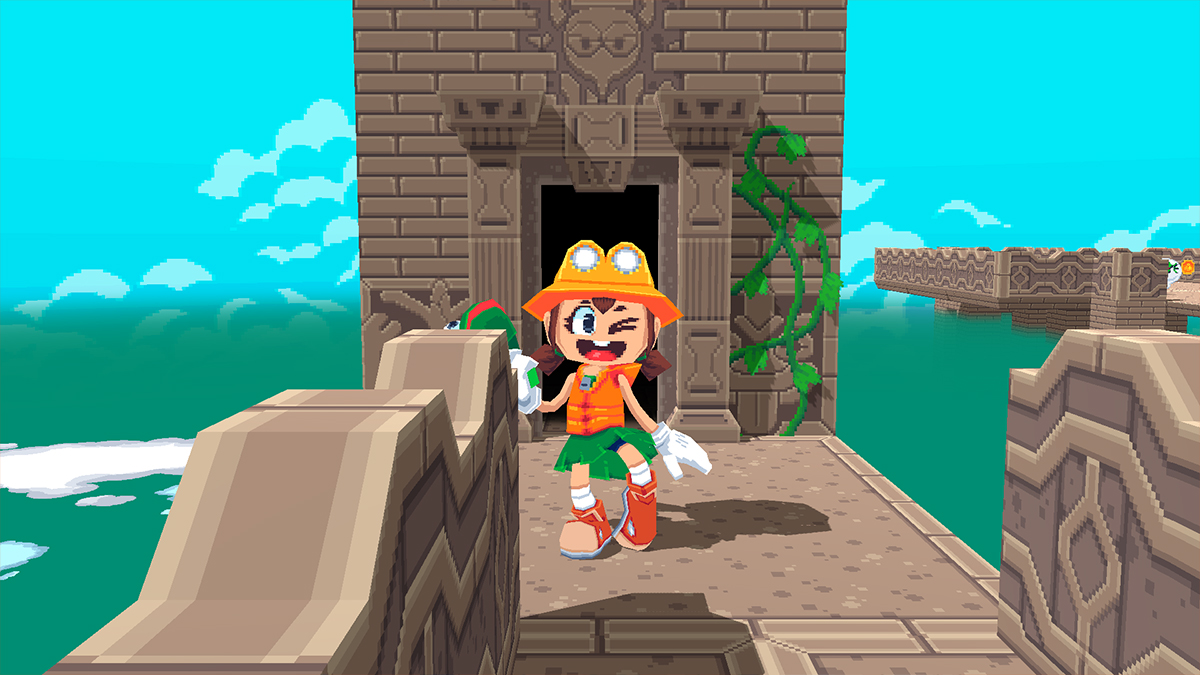 Indie game Frogun is a love letter to the Nintendo 64 and PlayStation One era of platformers, sending adventurer Renata on a quest to collect shiny coins and fight squishy bosses. As the name states, her primary tool is part frog, part gun. Its sticky tongue clings to surfaces and objects, serving as an organic grappling hook. If that sounds up your alley, then read on for more important release date info.

According to the official release date trailer (which you can watch above), Frogun will release on Tuesday, August 2. Come then, you’ll be able to play it pretty much everywhere: it’s coming to PlayStation 5, PlayStation 4, Xbox Series X/S, Xbox One, Nintendo Switch, and PC via Steam, Epic Games Store, and GOG. The PC version is DRM-free; couple that with being available on multiple storefronts, and the PC crowd ought to be pretty happy. No pricing for Frogun has been announced yet, but you can wishlist the game on Steam if you so desire. You’ll be notified once it goes on sale if you do.

Related: When is the release date for MCC Island? Answered

Frogun — Is there a demo?

If you’re not sure about putting money down for Frogun when the time comes, good news: you can try out the game ahead of time thanks to a demo. That’s also available through the game’s Steam page. Publisher Top Hat Studios, Inc. is offering demos for its entire upcoming slate of indie games, in fact. The same goes for Spirittea, which was featured as part of Steam Next Fest in June.

Are there other froggy indie games coming out?