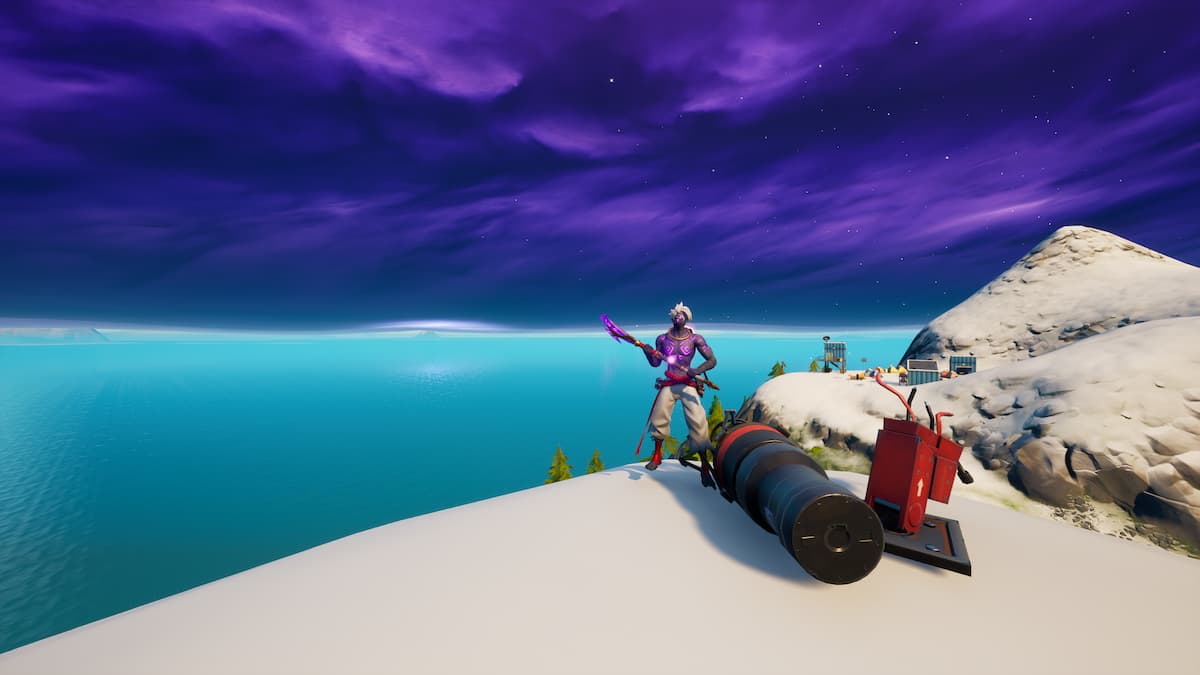 New challenges have arrived in Fortnite, hinting at strange things happening in the game. First up, players will need to investigate a downed black helicopter. All these challenges seem to hint at aliens coming to the island, and posters have been found in Sweaty Sands hinting at the same thing.

Was the helicopter brought down by an alien ship that it was investigating? If aliens really are coming the island, what does this means for the overall story? Have they followed the Seven here, or have they been drawn to the power of the Zero Point for different reasons?

You will need 20 metal to repair each telescope, so be sure to grab that first before heading to the below locations. We are updating this article just as fast as we can find their locations in the game.

You can find the first telescope on the hill to the southeast of Retail Row.

The second damage telescope can be found just beside Shipwreck Cove.

Number three can be found just to the north of the fancy mansion overlooking the sea, to the southwest of Sweaty Sands.

Number four can be found in the mountain to the west of Misty Meadows.

Number five can be found just to the southwest of the Lighthouse at the very north of the island.