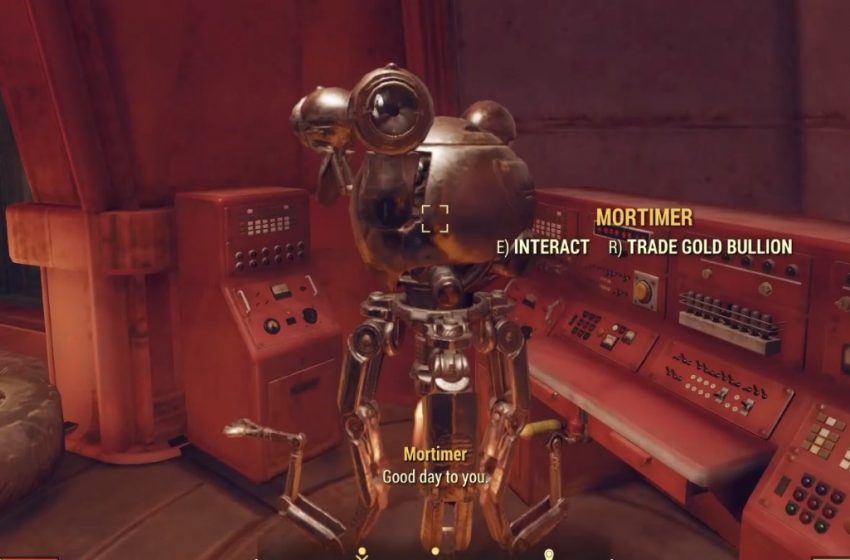 Gold Bullion is a critical currency to acquire in Fallout 76. You can receive a finite amount of it each week by playing the game. One of the methods you obtain is by offering up your hard-earned caps to an NPC named Smiley, and the other way is converting your treasury notes at specific locations in the game. You can start earning Gold Bullion through these methods after going through the quests in the Wastelanders primary questline. So when you have enough Gold Bullion, what do you do with it?

There are three Gold Bullion vendors you can visit to turn in this currency to receive various rewards.

Each one is associated with the faction in its respective area. The more faction reputation you have with the members of that area, the more items you can purchase from the Gold Bullion vendor. Faction reputation is crucial for attempting to obtain the higher-tier items from any vendors, so make sure not to slack on any quests to increase your relationship with them continually.

It takes quite a bit of time to purchase many of the times on these vendors. You need to spend time working your daily quests for the factions, participating in public events, and making sure to earn enough caps each week to speak to Smiley about his Gold Bullion. He only has 300 ingots for you each week, but you need to wait for the next one after you purchase them all.

The fourth vendor to be added to the Gold Bullion rotation is Minerva. She has the chance to appear at the Fort Atlas, Foundation or The Crater. She only appears during two events: Minerva’s Emporium and Minerva’s Big Sale. Unlike the other Gold Bullion vendors, Minerva’s inventory rotates when she travels between the locations. The Minerva’s Emporium event runs from Monday to Wednesday, and Minerva’s Big Sale, featuring her exclusive discounts, runs from Thursday to Monday.