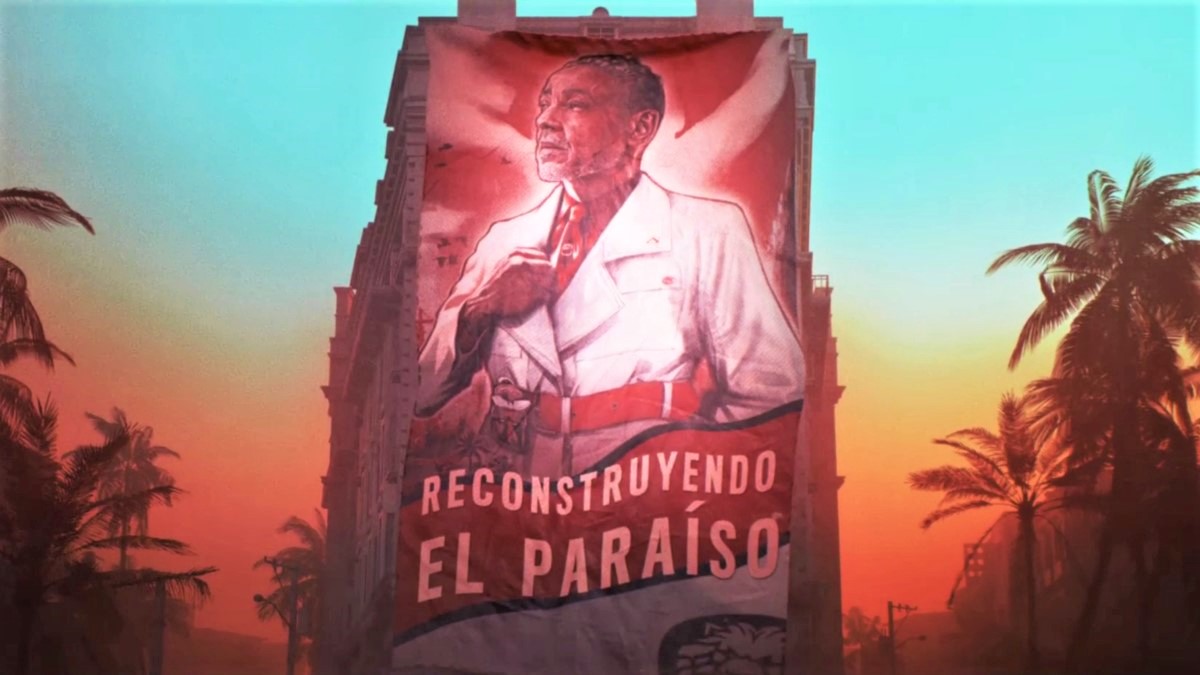 Related: How big is the Far Cry 6 map?

However, while the United States’ real-life sanctions against Cuba continue to this day, the embargo against Yara was lifted, after 47 years, in 2014. The reason for this change in policy? Viviro, a miraculous new cancer drug, developed by Yaran scientists and derived from Yara’s abundant tobacco crops.

This ought to be fantastic news for Yara and the rest of the world, but this is a Far Cry game, so the production of Viviro is being overseen by a charismatic, yet deeply unhinged, dictator. In Far Cry 6, the dictator is named Anton Castillo, and he might be the series’ most deranged villain yet.

Producing Viviro without breaching the basic human rights of his citizens simply wouldn’t be profitable enough for the cruel, greedy Castillo. So, instead of recruiting workers for his expanding tobacco farming operations with an attractive compensation package, including sick leave and paid vacation, he sends squads from his 300,000-strong army to round up the poor and force them to work in dangerous conditions for nothing.

Thanks to this appalling government conduct, violent revolution is once again in the air for Yara, and players of Far Cry 6 will find themselves dropped into the very heart of it all.