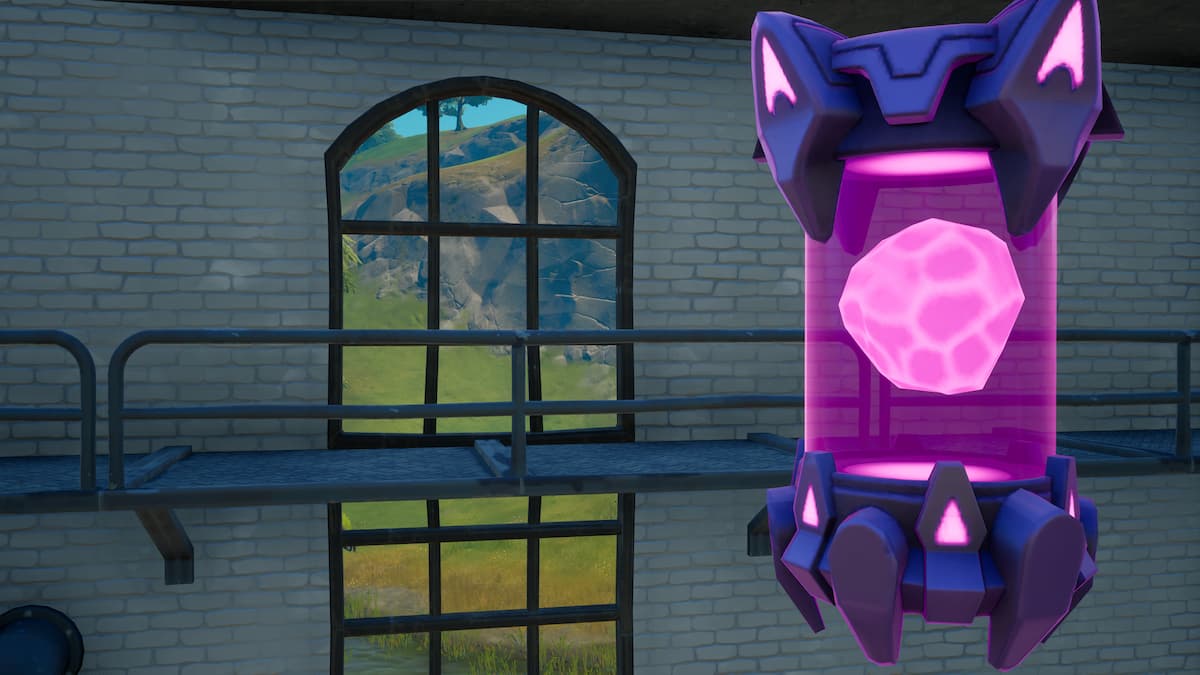 Week 7 of Chapter 2 Season 7 of Fortnite means a new set of Alien Artifacts has been added to the map. Once again, there are five up for grabs this week. They are one of the collectibles that players can find on the map this season. These can be used to change and customize the Kymera skin from the Battle Pass with different styles.

This one can be found floating under a large overhanging wrong that juts out of a hill to the southeast of the Blue Steel Bridge.

This one can be found under the walkway to the helipad at Dockside Dish.

This is underneath the wooden bridge that crosses the river to the north of Camp Cod and south of the Yellow Steel Bridge.

This one is floating in the air above one of the central dynamos inside the Hydro 16 power plant building.

This last one can be found in the central cluster of trees in this purple area.