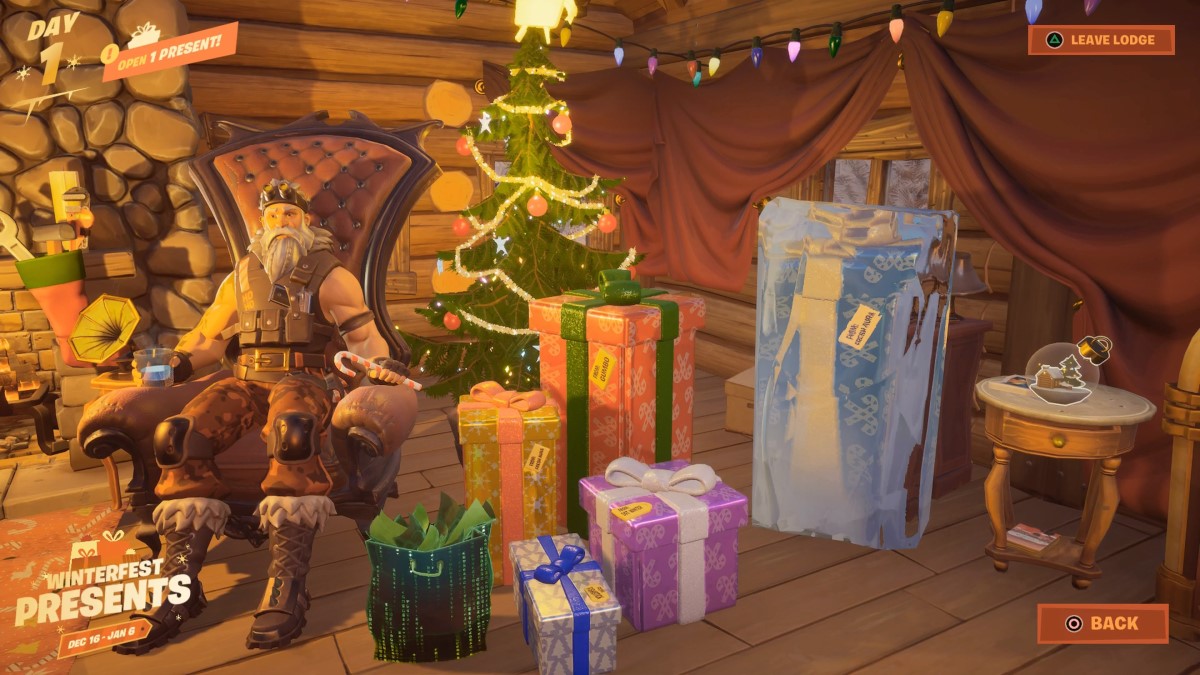 Fortnite players who have been enjoying Winterfest have noticed something is amiss. If they go into the Cozy Lodge, they will see that they have one present left to open, but there is no present to be found. Don’t worry, you are not going crazy, and Epic is up to something, it seems.

Recent server issues have led Epic Games to promise some kind of reward for players, as detailed in a recent tweet. “We appreciate everyone’s understanding as we worked to resolve these issues and we’ll have more details next week on what we’re doing to help you make up for lost time,” is what Epic said via the official Fortnite Status Twitter account.

They then followed it up with a tweet about the presents. “Already opened all your presents but still see one extra present left to open? Sit tight, we’re working on that,” the follow-up tweet says.

So, it seems that some form of apology present might be on the way from Epic Games. The most likely present is probably some Supercharged XP, or perhaps some easy to complete challenges that will give additional boosts.

This would help players with any lost progress during the downtime, although Epic might decide to give away an emote or an item instead. It could event be something as simple as some Battle Stars for the Battle Pass.