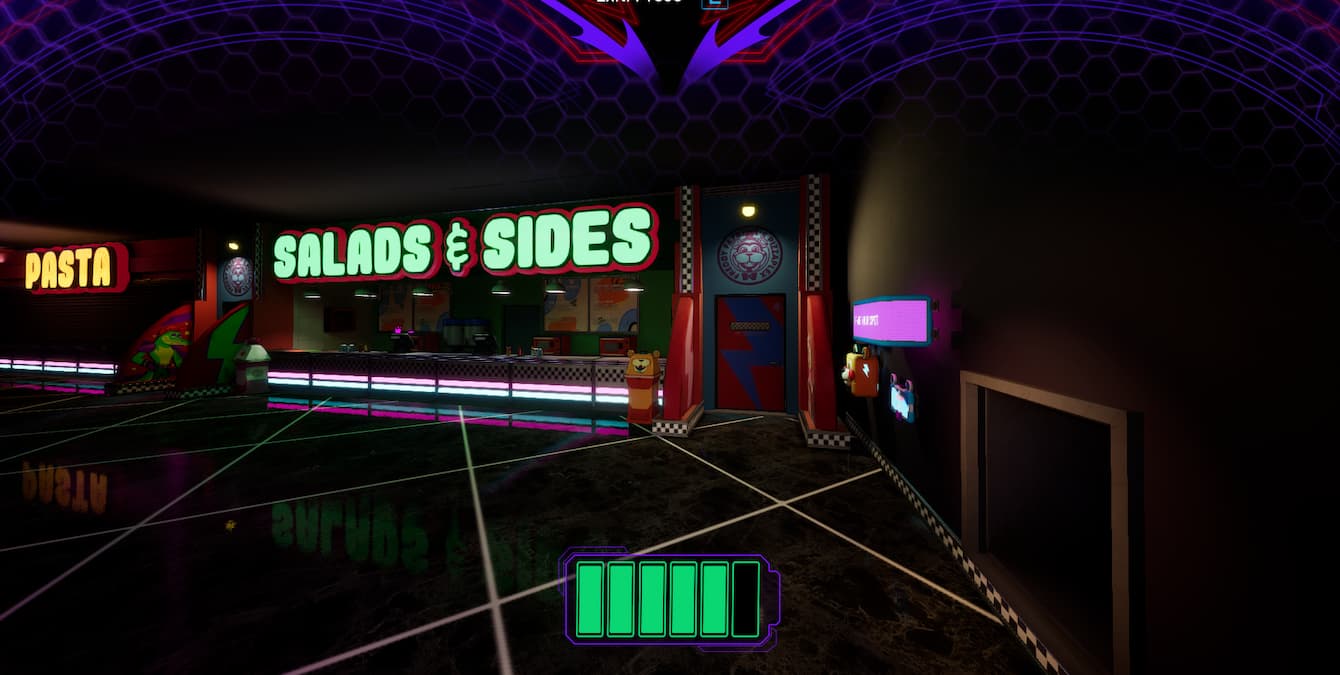 There are two ways to access the Loading Dock, and both involve going to the Salads and Sides area of the atrium, located in the lower left corner of the map. The first, and probably the only way at the beginning of the game, is to travel through the open vent right next to the Salads and Sides. Be warned, a decaying Music Man will chase you through this vent, and it is immune to the Fazerblaster and Camera. Upon exiting the vents, you will be in the Loading Dock area.

The other way to access the Loading Docks is to have a minimum level 4 Security Badge. Enter the doors behind the Salad and Sides, and on the eastern part of the long hallway you should see a service elevator. This will descend into the kitchen where you play the Chica’s Pizza Delivery minigame, but is also connected to the Loading Docks.