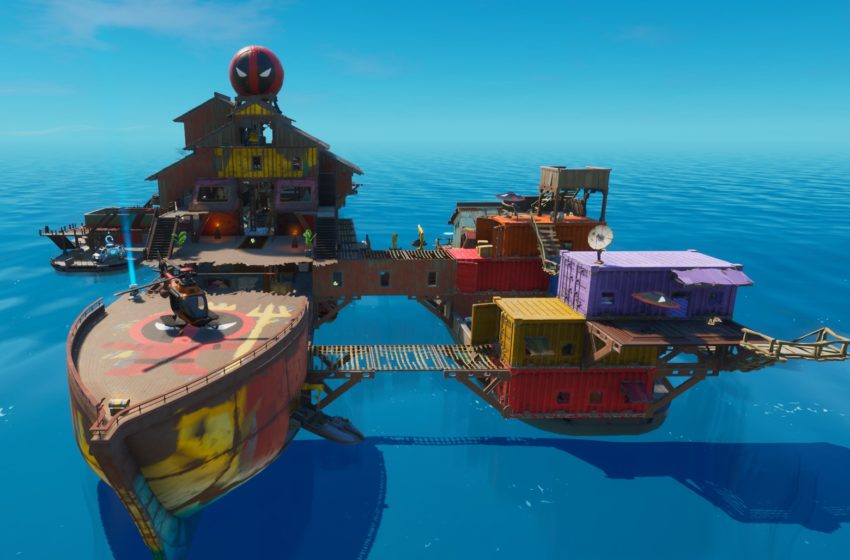 They say a rising tide lifts all boats, but in Fortnite, it also seems to move them. The Yacht has been moved by the floodwaters, and can no longer be found in near Steamy Stacks. The Yacht can now be found in the north of the map, right around the middle. You can see it marked on the map below.

The Yacht has also gone through some pretty dramatic changes. There are no more Henchmen to be found, although various references to Deadpool have survived, as he kicked Meowscles off it last season and took over. You can still find art, and Deadpool’s mighty chair, but the Vault is gone. The door is simply open now, and it might contain a loot chest, but that is it.

The Yacht isn’t a terrible place to land for a couple of reasons. There are plenty of chests and ammo boxes here, so you can get well looted up before you need to leave. There is also a reboot van for folks playing Duos and Squads, so if you lose someone in an early skirmish, you can bring them back.

You can also find a Loot Shark here, so if you want to ride one of those, just grab the plentiful fishing poles that will spawn on the Yacht and catch it like you would any normal fish. Finally, there is a helicopter, so once you are finished, you can easily get to any other part of the map, which makes it a solid, viable dropping point, as you are never really that far from anywhere else.