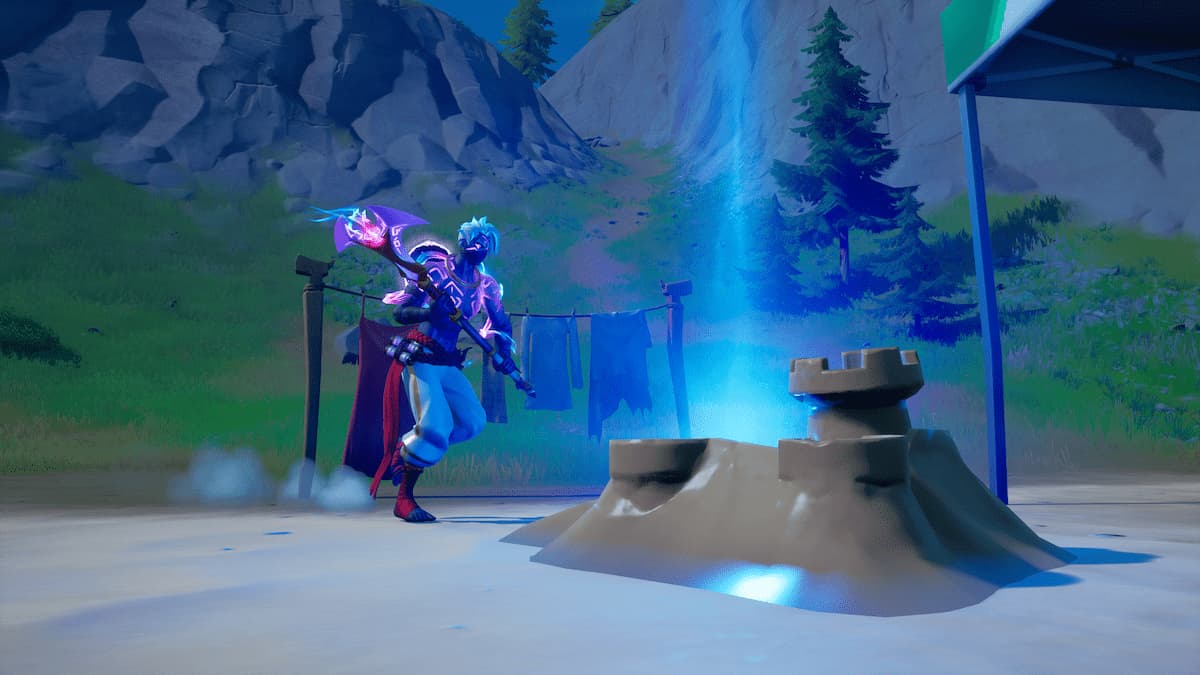 Fortnite players were recently confused by the presence of some sandcastles on a beach in the game. They could interact with them to destroy them, but absolutely nothing would happen after that fact. It would seem that the sandcastles arrived in the game just a little bit too early.

The sandcastles were not meant to appear until the Week 10 challenges go live when one of those challenges will be to destroy 10 different sandcastles. The ones that appeared just across from the new island to the south of Flush Factory simply showed up too soon. The challenges have now gone live, however, so players are free to track down the sandcastles and smash them up with glee.

South of the Pizza Truck/Hydro 16

You can find a set of sandcastles to destroy just beside the new island that has appeared, directly sound of Hydro 16 on the beach at the coast.

You can find the second set of sandcastles at Craffy Cliffs, slight to the east of the main town on the beach.

You can see the rest of the upcoming Week 10 challenges for Fortnite Chapter 2 Season 6 Week below: