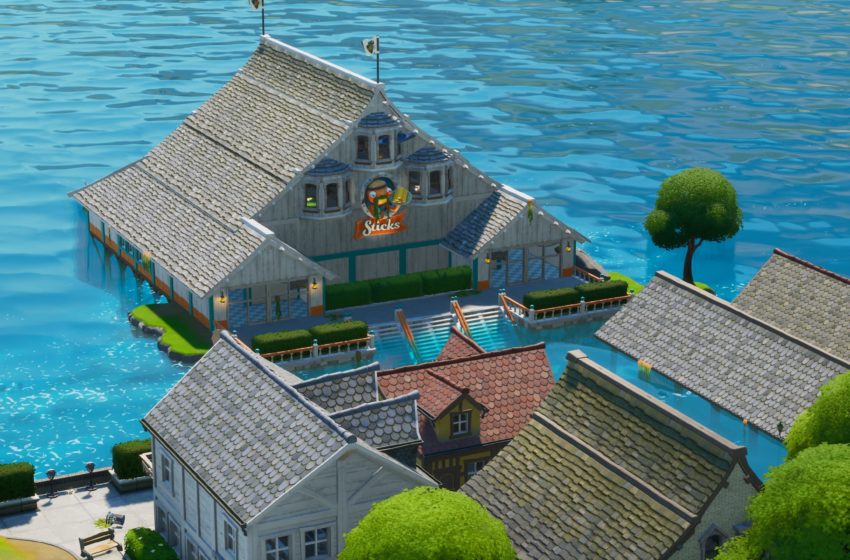 Craggy Cliffs is a pretty well-known location in Fortnite, but if you have only started playing recently you may have difficulty finding it. Craggy Cliffs used to be a major location in the game, but the latest seasons flooded it, and it is no longer a named location. Now that it is just a landmark, it is no longer marked on the map, so new players may have some trouble getting there.

You can find Craggy Cliffs on the north coast of the island, near to The Yacht. It is still very flooded, but there are some buildings you can enter now that the water has started to go down. It’s not the best place to go right now, as loot and ammo boxes are limited, but it is close to the Yacht where you can find a lot more stuff, and even a helicopter to use to get to a better part of the map.

The helicopter at the radio tower has been removed, so you won’t be able to head there to find one, but it still has plenty of loot spawns if you still need weapons when you are finished at Craggy Cliffs.

You will need to head here during Week 5 of Chapter 2 Season 3 to do a spot of fishing. The bad news there is that with such limited loot spawns, it can be hard to get a fishing rod here, so we would suggest you head to the Yacht first, grab a fishing rod that is a common spawn there, and then make your way to Craggy Cliffs to finish the challenge.