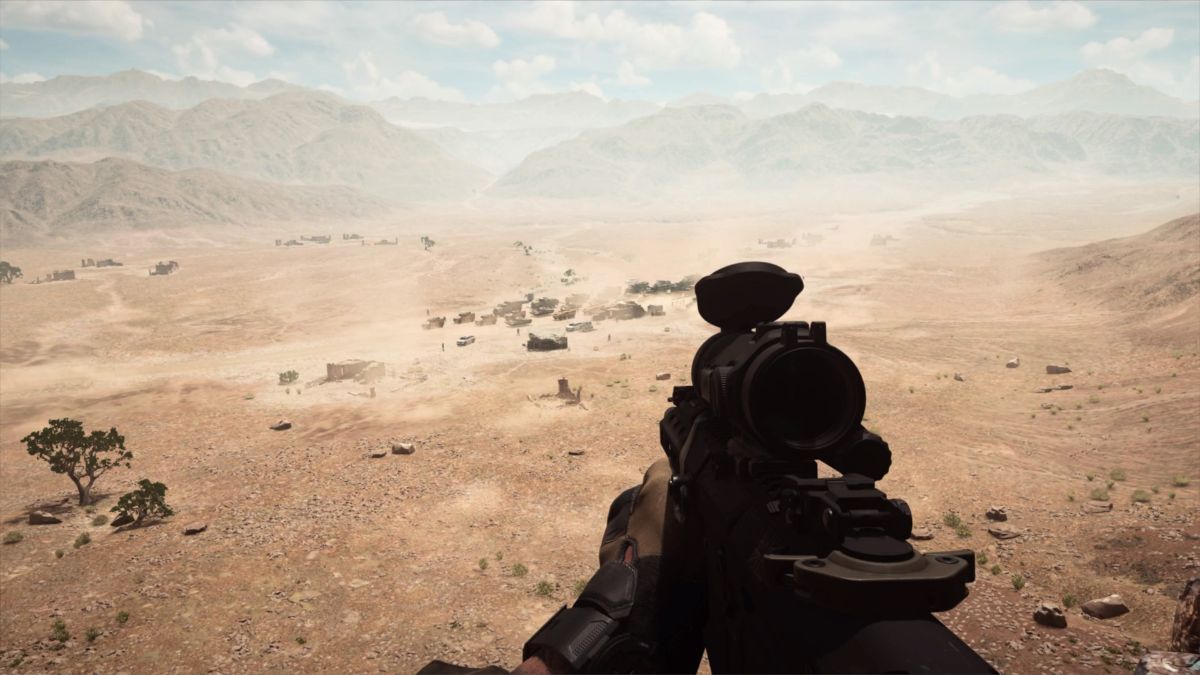 Strike is the first mission in the Call of Duty: Modern Warfare 2 campaign, and sees you, as Simon “Ghost” Riley of Ghost Shadow Co., sent to Al Mazrah to take out a high-value target (HVT) named General Ghorbrani. After running and climbing up a narrow ravine, you emerge at the top of a cliff overlooking a wide expanse of desert with a military convoy in the middle of it. In order to take out General Ghorbrani, you need to mark him as a target using your spotter scope. The question is, where is he?

Related: What is the launch date of Raids in Call of Duty: Modern Warfare 2?

Where is the General in Strike?

Hold R1/RB to aim your spotter scope and point it at the convoy. It’s a big convoy and there are a lot of people, and you’re not given much of a clue as to which one is General Ghorbrani. Except, if you were paying attention to the radio chatter as you ran up the ravine, then you were given a clue. A helicopter flew overhead, and someone said, “That’s General Ghorbrani.”

That was the game’s way of telling you that General Ghorbrani will still be close to the helicopter when you have to find him. The helicopter is to the right of the center of the convoy, in front of several trucks and armored vehicles. General Ghorbrani is standing surrounded by guards just in front of it (on the left side from your point of view). Aim your spotter scope just to the left of the helicopter and click the left stick to zoom in. Next, aim directly at the grey-haired guy dressed all in black and click the right stick to mark him as the target of a frankly excessive missile strike. Once you’ve marked him, you’ll get a brief cutscene, then you’ll be granted the honor of steering the missile down a canyon and onto poor General Ghorbrani’s unsuspecting head.