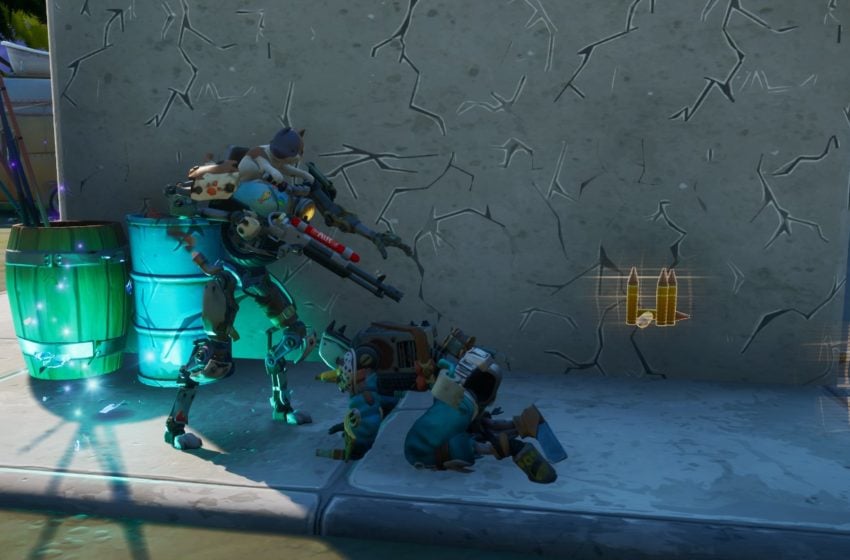 Kit is a new area boss in Fortnite Chapter 2 Season 3. He can be found at Catty Corner, which is located to the southeast of Lazy Lake. Kit might be small, but someone has built him a powerful robot body to walk around in, and this thing can take a beating. Kit is very tough to kill, so don’t get caught out in the open against him.

He is armed with the Mythic Charged Shotgun, and the Mythic Shockwave Launcher and both weapons pack a serious punch and will kill you quickly if you give him a chance to damage you. Kit also carries a Vault Keycard which will open the Vault door on the western side of the compound.

You can find the location of Catty Corner marked on the map above, and you can choose to drop straight in from the Battle Bus if you like. The first thing you will need to do is grab some weapons, then track down Kit and kill him. Once he is dead, they will drop the Vault Keycard.

Now, whether Kit stays here all season remains to be seen. This area, which was known as the Box Factory last season, became home to Meowscles after Deadpool kicked him off his Yacht. We also don’t think it is a massive coincidence that Kit ended up here, as he looks very much like a younger version of Meowslces.

We don’t really want to speculate about why this is. We could be in an alternate universe, it could be a young Meowscles after we were sent back in time, or one of Meowscles kids if we were sent forward in time. It could just the next stage in the simulator that is Fornite. It all makes our head hurt, to be honest.