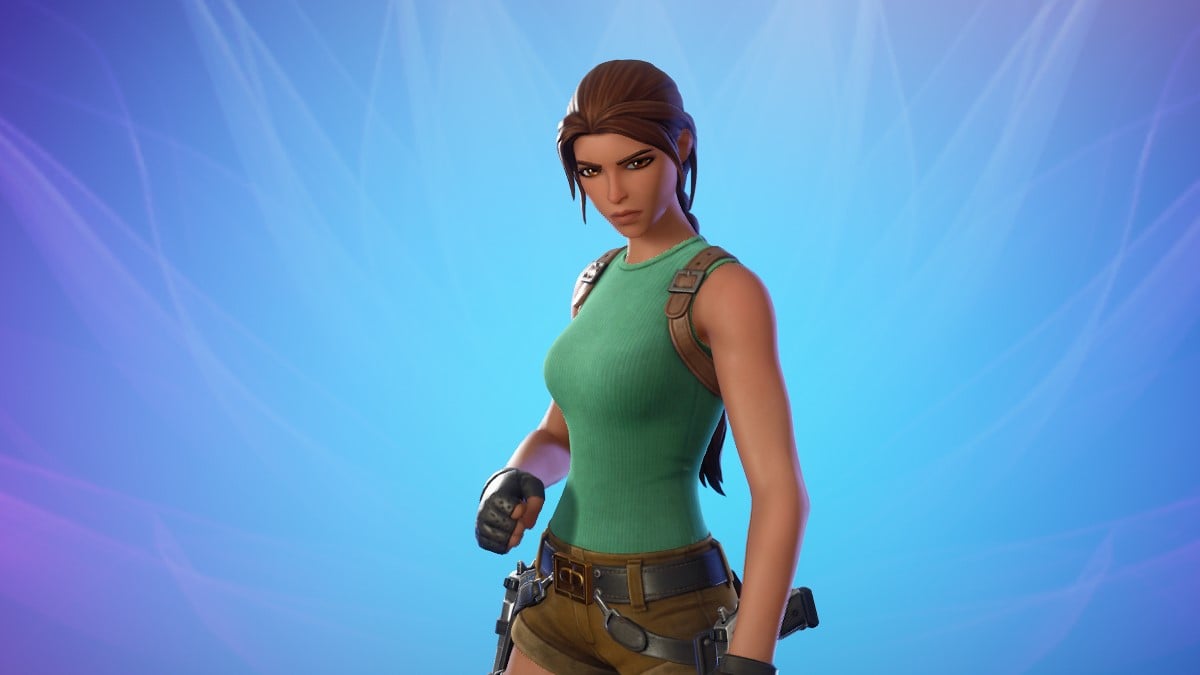 Lara Croft has been added to Fortnite, as both a Battle Pass skin and NPC that you can find on the map. Lara is a friendly NPC, unlike some of them who will open fire on you the second you get too close to them.

You can find Lara Croft hanging out at the Stealthy Stronghold, and luckily for her, the Predator is now gone from the area. She seems to be at home among the ruins, however.

She mostly commonly spawns in the ruins near the southwest corner or along the west side of Stealthy Stronghold but is often surrounded by wolves, so be careful as you move through the area.

Lara will have two quests, can sell you bandages, can be hired to accompany you during the match, and will sell intel that leads you to treasure chests.

To get the Lara Croft skin in Fortnite Chapter 2 Season 6, players will need to reach Level 15 of the Battle pass, which is when they will unlock the skin, and all levels after that up to level 22 will contain things like harvesting tools, gliders, V-Bucks, and emotes for the character. The skin will also have other unlockable styles, including a PlayStation 2 style.

So, now you know how to both find Lara Croft in the game, and unlock her skin in Fortnite Chapter 2 Season 6.