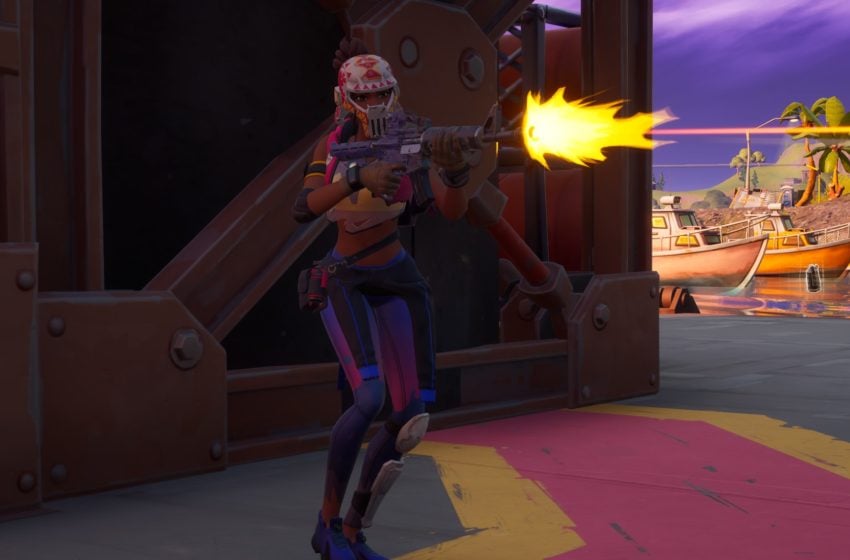 Fortnite Chapter 2 Season 3 has introduced a new map, new areas, and new area bosses. Ocean is one such boss, and she can found patrolling the Fortilla in the southwest corner of the map. Ocean will drop the Mythic Burst Assault Rifle, the Mythic Bottomless Chug Jug, and a Vault Keycard upon death.

The Fortilla is a massive floating fort, the kind of thing some people would build if they had adequately embraced the end of the world. You can either drop directly to the location from the Battle Bus or swim to it if you land close by. The Fortilla is absolutely huge and is one of the most fun areas in the game right now.

Ocean is an interesting boss compared to the others. She is not as tough as they are, but after exploring the area a few times, she is incredibly aggressive. Ocean seems to have a massive aggro range, and will even get into fights with the Loot Shark when it spawns. There are also quite a few Henchmen in this area, so you need to be careful when exploring.

The Fortilla is divided into different parts, each one is a warren of halls and staircases, and there is plenty of loot to be found. Ocean seems to spawn most often on the west side of the Fortilla but can be hard to track down due to her seemingly high aggro range.

Be careful when you head to the Vault as the door is guarded by two sentry guns that will kill you very quickly if you get hit by them. The Fortilla is a great place to drop in, especially if you like to combine getting lots of early gear with lots of early fights. There is a good chance if you drop at Fortilla and make it out alive that you will be nicely set up for a winning match.