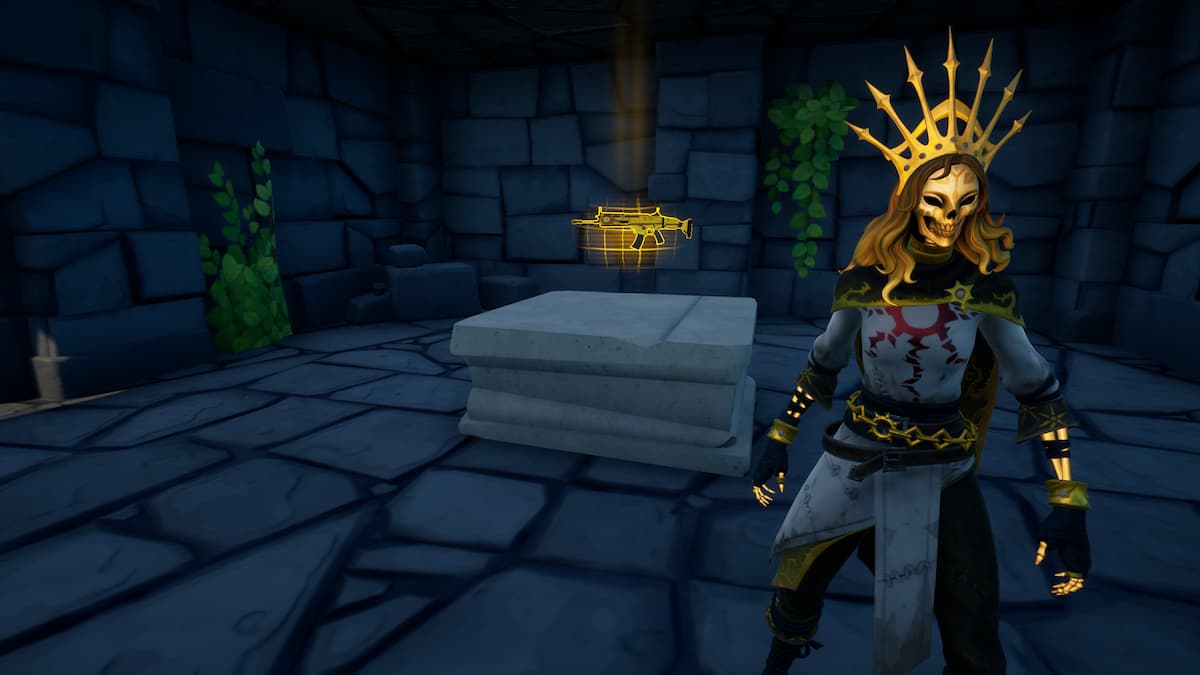 A new NPC has been introduced to Fortnite, although she is something of a mystery. This strange character is all golden, just like Oro, and actually lives on her own private island. She is armed with a new Mythic weapon, and will get extremely angry and attack you if you do the wrong thing.

To find Orelia, players can explore the new small island that has appeared just off the coast from Flush Factor on the southwest corner of the island. She can be found directly under the ruins of an old castle.

Here is where they will find Orelia patrolling near some old ruins. The character will have a floating legendary weapon near them, although any players who picks this up will inspire her wrath and she will attack.

Orelia is not particular tough, although she is armed with a new Mythic Spire weapon that packs quite the punch is you sit out in the open while fighting her. She doesn’t have any other functions, although you can talk to her where she will demand tribute. What this tribute is at this time, we are not sure.

That is everything we know about Orelia at the moment, although we will keep this article updated as we learn more.