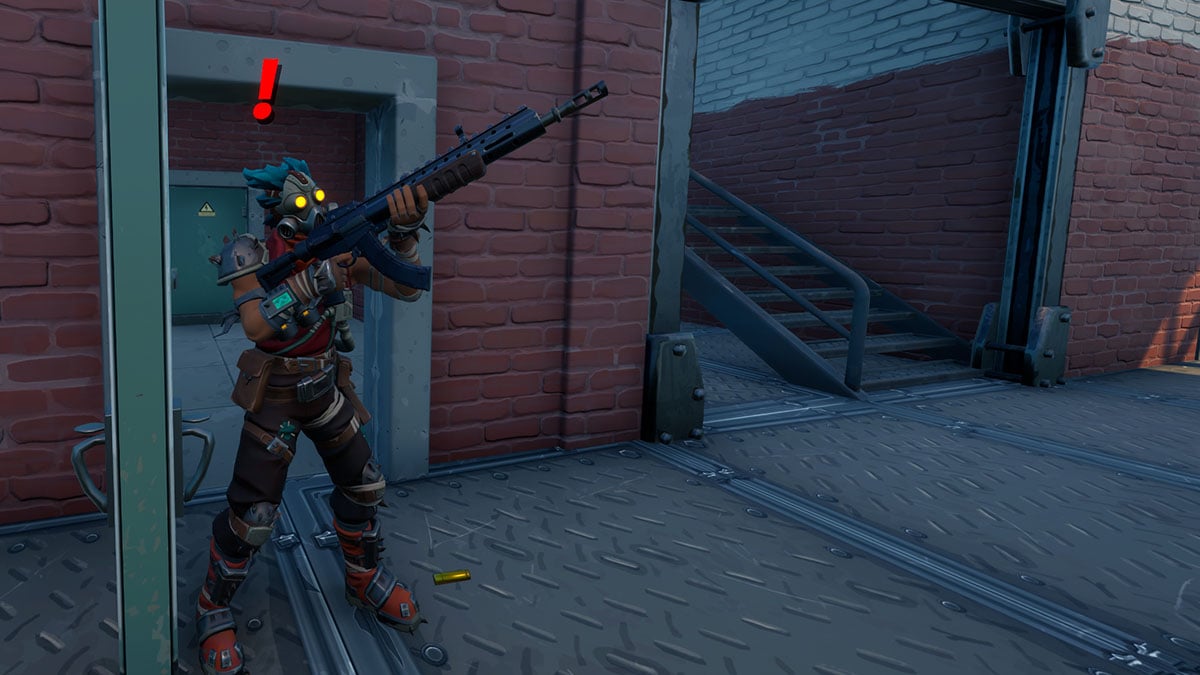 Ruckus is a new area boss in Fortnite Chapter 2 Season 5. He is quite difficult to beat, living up to his name. He is armed with a Rocket Launcher and a Mythic Assault Rifle, so you will need to be careful when you go after him.

To find Ruckus, you will need to make your way to Hydro 16, to the east of Slurpy Swamp. Inside the main building, you will find Ruckus on patrol.

He has a huge amount of shields, although a fairly normal health bar. Make sure you loot up fully before you go after him. His Mythic Assault Rifle does huge damage, so you will want full health and shields. One shot to the body and one to the head will kill you if you don’t have shields, so the fight won’t last long if you get careless.

You will also need to watch out for his Rocket Launcher, which will one-shot you if it hits you without shields. We found the easiest way to deal with Ruckus was to trick him into going upstairs, then quickly run downstairs. He will would out the door onto the gantry, then try to smash through it to get to you, giving you plenty of time to shoot him and Eliminate him.

When he is finished off, you can pick up his Mythic Assault Rifle. Some players might find it easier to take out Ruckus as part of the squad, but there will only be one Mythic to share between the group.