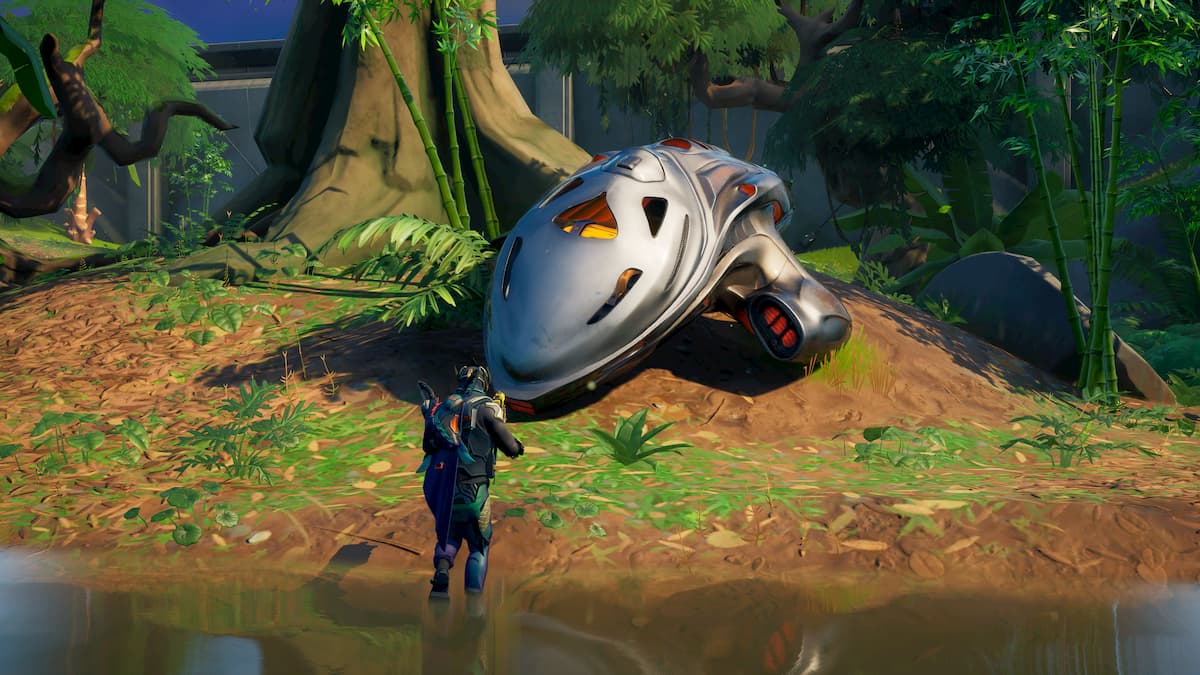 A new addition has arrived on the island in Fortnite after the most recent update. It would appear that a new threat will soon be arriving on the map if the crashed Predator ship is anything to go by.

You can find this ship in the Stealthy Stronghold POI at the north of the map. This is one of the new POIs that was introduced at the start of the season, and didn’t really have much of a purpose until now.

It would seem that Jonesy had a plan for this place all along, and that plan includes the Predator. You can find the ship in the northwest portion of Stealthy Stronghold, and it is near enough to some trees and the outer wall.

The Predator does not appear to be in the game yet. We had a good scout around the area but made it out alive, so he is either making good use of that camouflage of his, or he simply hasn’t shown up yet. The Predator is rumored to be part of a new event that will be coming to the game, with multiple specific challenges and rewards, but so far we don’t have any concrete details about that.

For now, you can go and check out the ship if you want to. Remember, we will have plenty of guides to help you out whenever the event does start, so if you need help tracking down this deadly Predator, be sure to check back with us at the time.