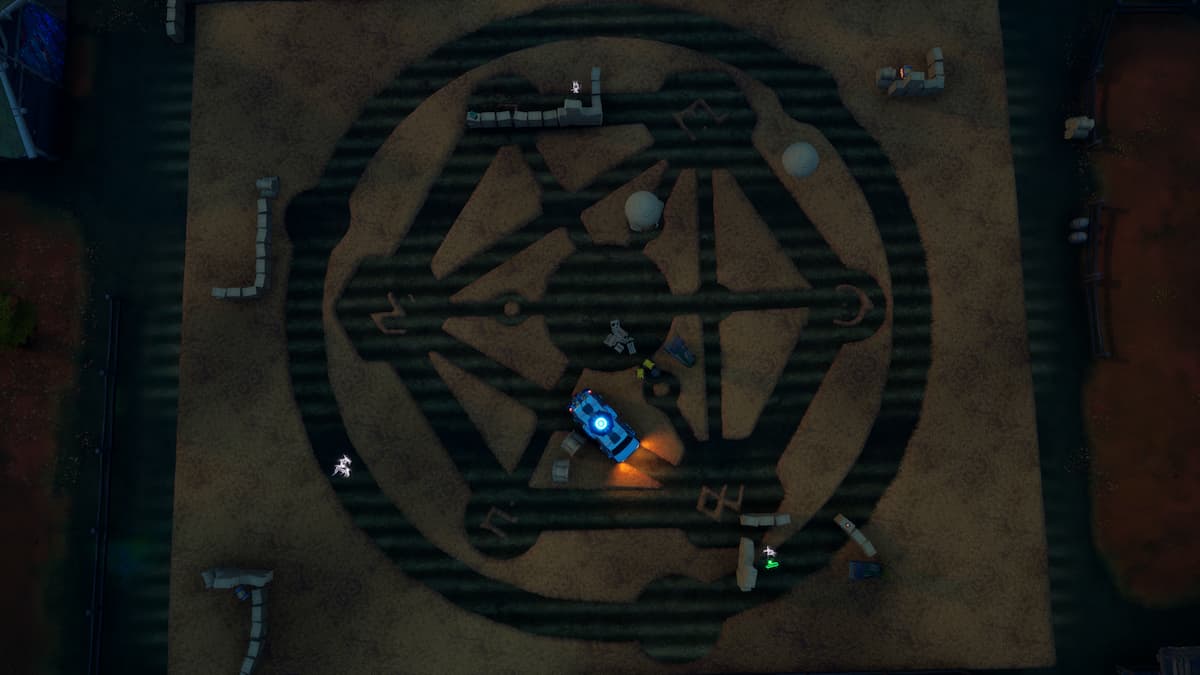 So, it would appear that the hinted at alien invaders have arrived in Fortnite, and they have been messing around with the corn. Crop circles have appeared on the map, and they are visible in the game right now.

Anyone who visit Colossal Crops will discover that the main cornfield at the center of the farm is gone, and have been replaced with a strange crop circle on the ground.

The crop circles contain some unusual symbols that have a bit of a resemble to the odd symbols that appear on one of Raz’s skins, although we are unsure if there is any real connection.

There have been no reports of UFOs being seen in the game just yet, although the rumor is that these strange visits will be appearing and randomly moving players around the map. Players can expect to start being abducted before the end of the season, picked up by a bright light, and then moved to a new point on the map.

Supposeedly, this all a build up to the next season, which would appear to be heavily influenced by the presence of the aliens. Season 7 will beging around July 7, so we don’t have long to wait to see what it going to happen.