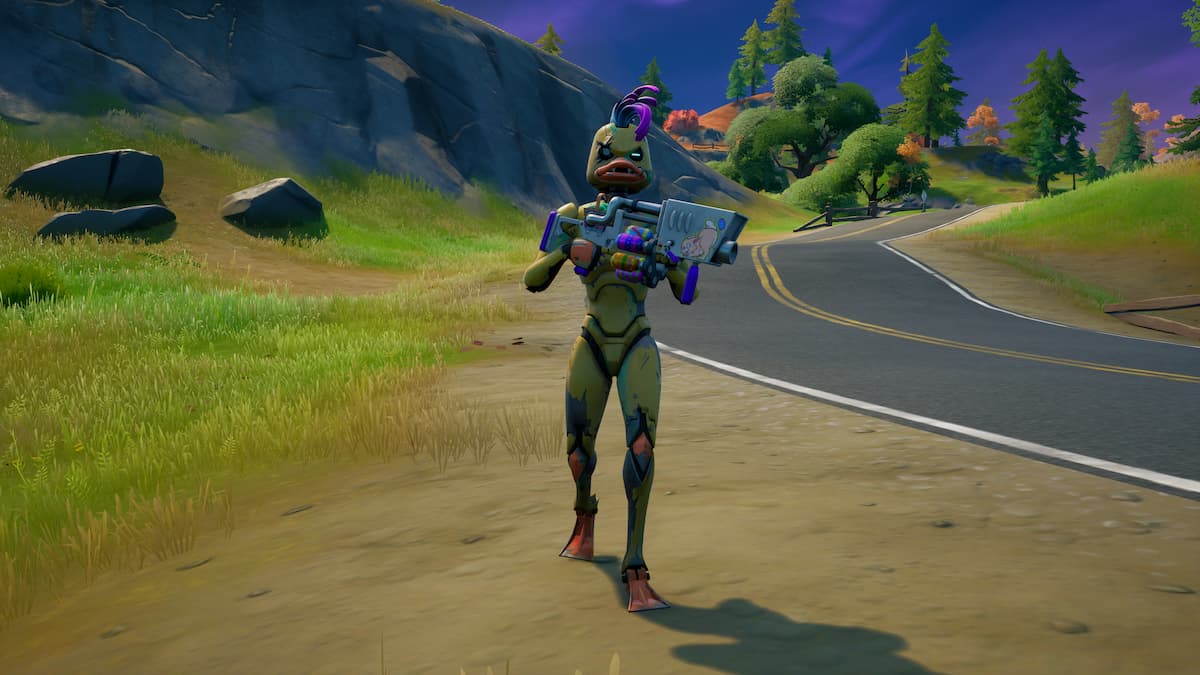 Fortnite has introduced a new secret NPC. Webster can be found wandering the streets off the island, although he is a terror to actually track down. Webster has a number of spawn points, but he also likes to wander, so finding him is difficult.

As we said, Webster likes to go for walks, we assume to leave eggs all over the island. He also has a fun weapon for sale if you have the Gold Bars. He will sell you the Egg Launcher which will fire explosive easter eggs as your enemies.

If you have already found all the other NPCs in Chapter 2 Season 6, then finding the secret Webster NPC will also get you an achievement.

Don’t forget there are plenty of new challenges this week, and you can find them all listed below: