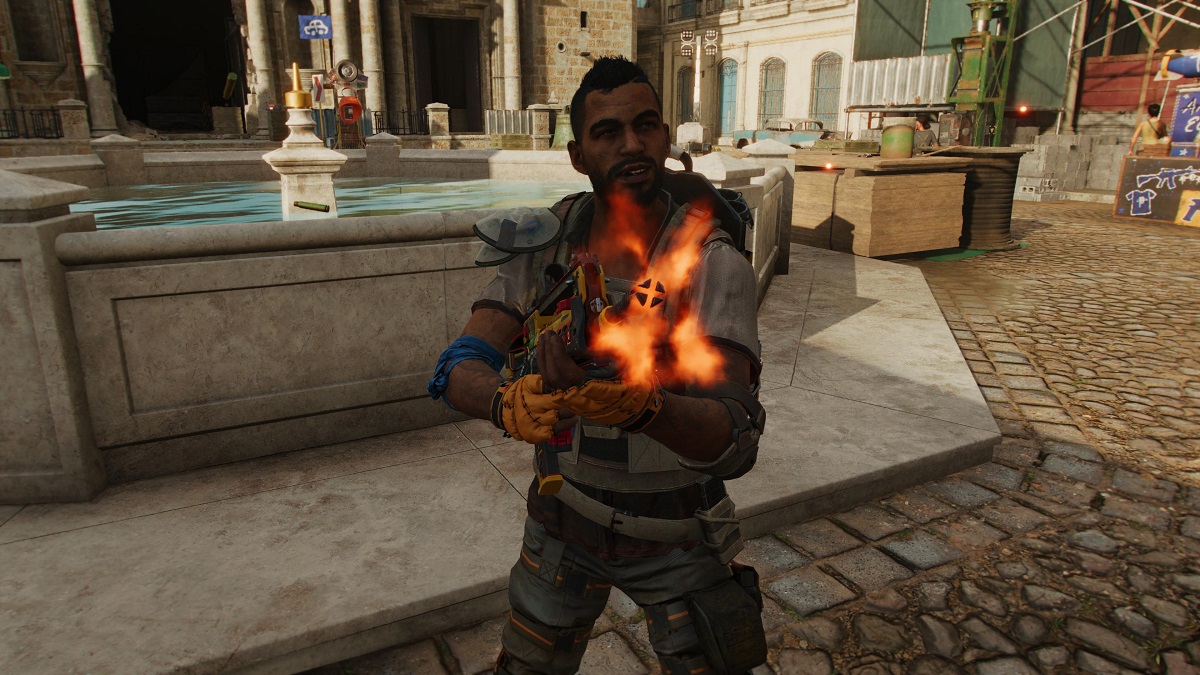 The Zona-51 assault rifle should scare any FND soldier in Far Cry 6 with its perilous burning bullets and high rate of fire. It can be found toward the latter stages of your trip through Yara.

Discovering the Zona-51 can be tricky for most players as it’s found in the late-game area of Esperenza. Yes, that’s where Anton Castillo reigns supreme. We recommend you’re at least Level 8 before deciding to pick up this weapon.

You can find the Zona-51 assault rifle within the Old Pueblo region of Esperenza at La Divinidad Cathedral. You’ll figure out that this is actually an FND base that you can overthrow, so this weapon can be a little harder than others to obtain.

Before venturing into the cathedral, we recommend you pick a stealth build. You can easily get overwhelmed with reinforcements as it is such a tight area. For our run, we equipped the MS16 S with armor-piercing rounds, a resolver suppressor, and an improved ACOG sight. Most of the enemies have heavy armor so those rounds were extremely useful for one-hit kills.

When you first enter the cathedral, use your phone to tag surrounding enemies. You’ll want to find the leader in the area to grab their keys. They’re outlined in yellow. After three attempts at getting the Zona-51 assault rifle in Far Cry 6, we discovered that the leader is surveying the ground floor.

Once you’ve taken them out, climb up to the scaffolding using a red ladder on the right-hand side, and sneak to the back right of the cathedral. This is where you can find a clock tower. Using the keys you just grabbed, open the locked metal door. Inside, you’ll find the Zona-51 assault rifle.

We particularly like this gun as it can toast your enemies with incendiary rounds and has a red dot sight already installed. In addition, reloading this gun will refill your ammo on all of your equipped weapons. Neat. The Zona-51’s rate of fire is very fast and can help you blitz through short to mid-range foes in an instant. It’s certainly better than the Vaya Con Dios assault rifle.