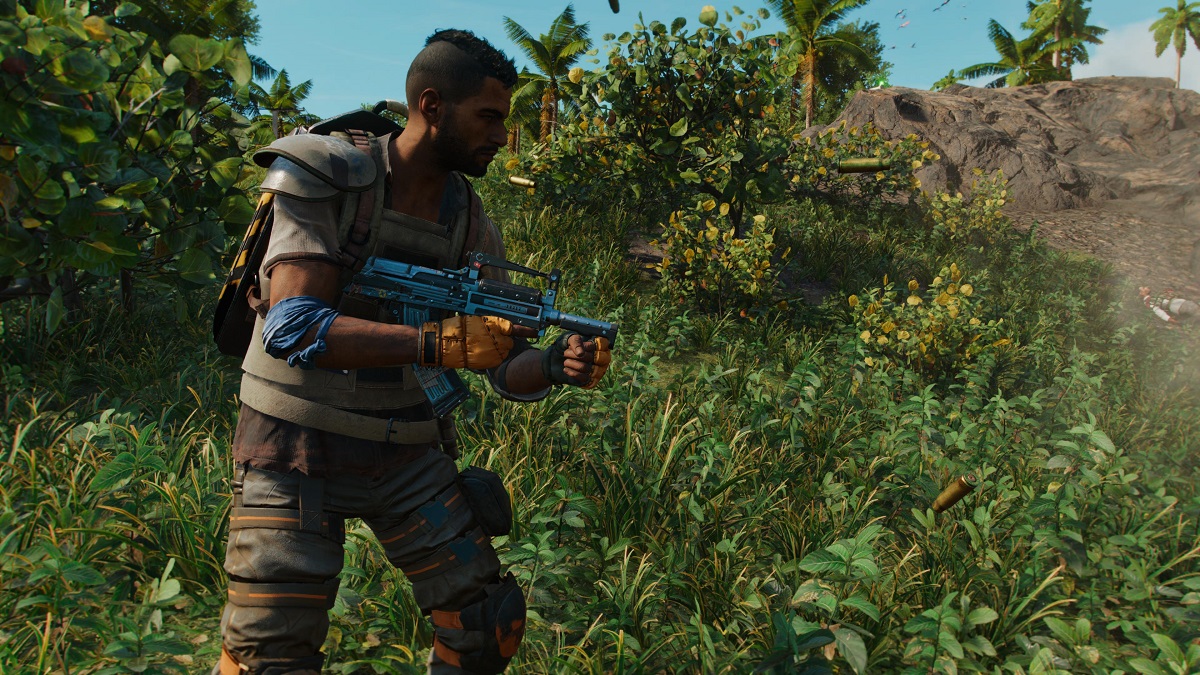 Acting more like a submachine gun than an assault rifle, the Vaya Con Dios packs heavy recoil but a great rate of fire in Far Cry 6. While it’s not as tough as other weapons in this gun category, it’s certainly worth finding this unique rifle in the game.

Once you’re there, go past the security checkpoint indoors, and then on the left, you’ll see some stairs that lead up to a control station. There will be soldiers around, so don’t let them spot you if you can help it. Keep following the stairs up on the right past a metal railing entryway.

When you eventually find yourself in the control station, a contraband chest with a crocodile insignia will be waiting for you on a blue desk.

The Vaya Con Dios is a relatively hard rifle to control, so make sure it is used for short-range combat. It can help you in tight situations because of its two attached mods. The first improves draw and holster speed, improving your reaction time. The second increases damage to enemies who are low health. We can see this being useful in a boss fight.

Keep in mind that its magazine size isn’t that big with 30 bullets each round. It might be best to use an SMG in some circumstances as the recoil is pretty bad with the Vaya Con Dios. Maybe you should find the Noblesse Oblige assault rifle for a more well-rounded weapon.