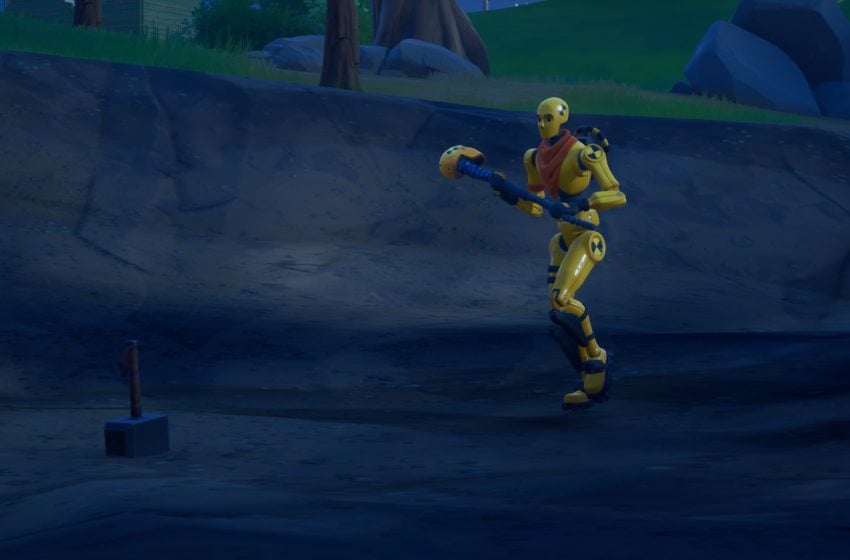 Fortnite Chapter 2 Season 4 begins this Thursday, August 27, but we are already seeing some new things happen as we edge closer to the Marvel’s themed shenanigans at the heart of Fortnite’s next big change.

You can already find Thor’s Hammer in the game. It is located to the south of Salty Springs and can be found at the center of a massive crater. If you are wondering how Thor’s Hammer got there, then you should read the comic book that can now be found on the Battle Pass screen, resting on the barrel to the right.

Thor and Galactus have both sense the presence of the planet, and Thor has come to warn us of Galactus’s impending attack. He meets some of the cast of Fortnite, who being true battle royale players, decided to throw down with the God of Thunder.

As Thor prepares to engage in battle with them, he seems to forget who he is and why he is there. He throws away his hammer, which crashes to the earth, causing the crater. As you would expect, the hammer appears to be completely immune to any and all damage, and if you try to harvest it, your harvesting tool will just bounce off it, having no effect.

There isn’t actually anything you can do at the site right now, but you can go take a look, and more than likely have a dance party with everyone else who is checking out this latest change to Fortnite’s map.