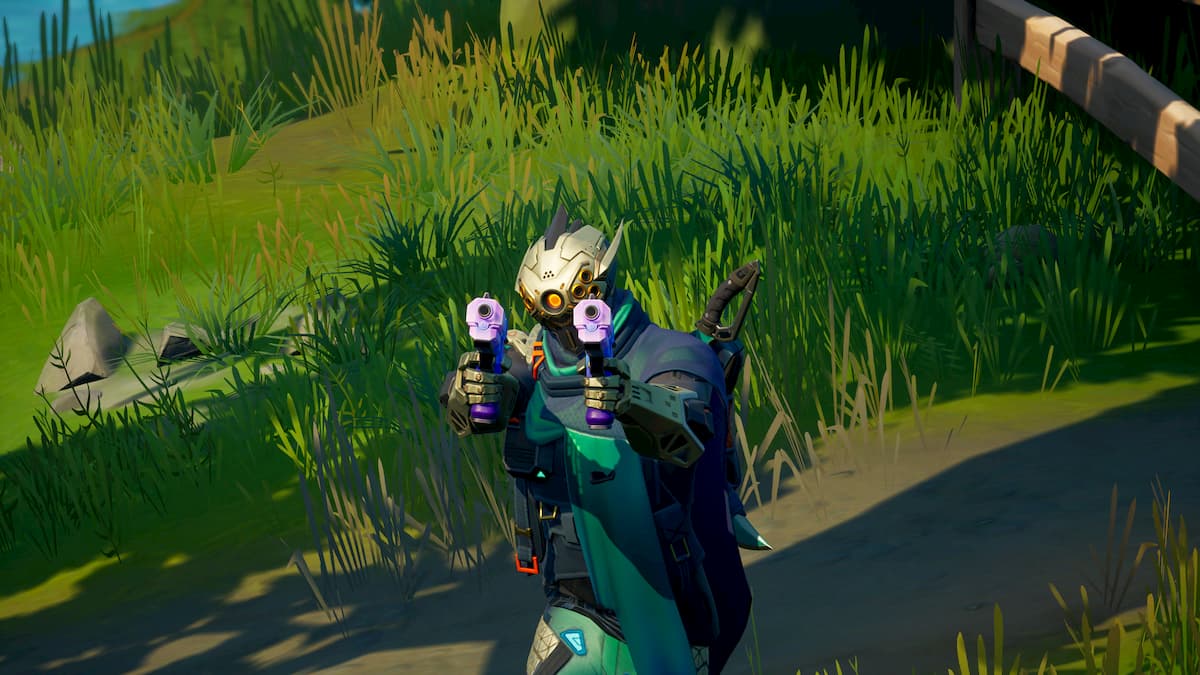 Update 15.20 introduced a new Exotic weapon to Fortnite in the form of the Hop Rock Dualies. These dual wield hand cannons packs quite the punch, but lack accuracy for any kind of consistent damage output at even medium ranges.

To get your hands on them, you will need to track down Cole, and NPC that can appear in a couple of different places on the map. When you track down Cole, he can sell you the Hop Rock Dualies for 500 Gold Bars.

Cole can spawn at the camp site on the mountain to the north of Retail Row.

Cole can spawn in the large house at the foot of the mountain in the northeast of Shipwreck Cove, on the southeast coast of the island.

The Hop Rock Dualies are twin pistols, but with a slow fire rate, and very poor accuracy.

While both bullets can land for a total of 86 damage, this is somewhat unlikely as the Hop Rock Dualies are somewhat lacking in control when fired. While the weapons will almost certainly reward people who learn to tame them, we imagine many players will be put off investing their Gold Bars in this particular Exotic.

The main advantage of these weapons is a somewhat low gravity effect when you are shooting, making it easy to escape from or chase down enemies.