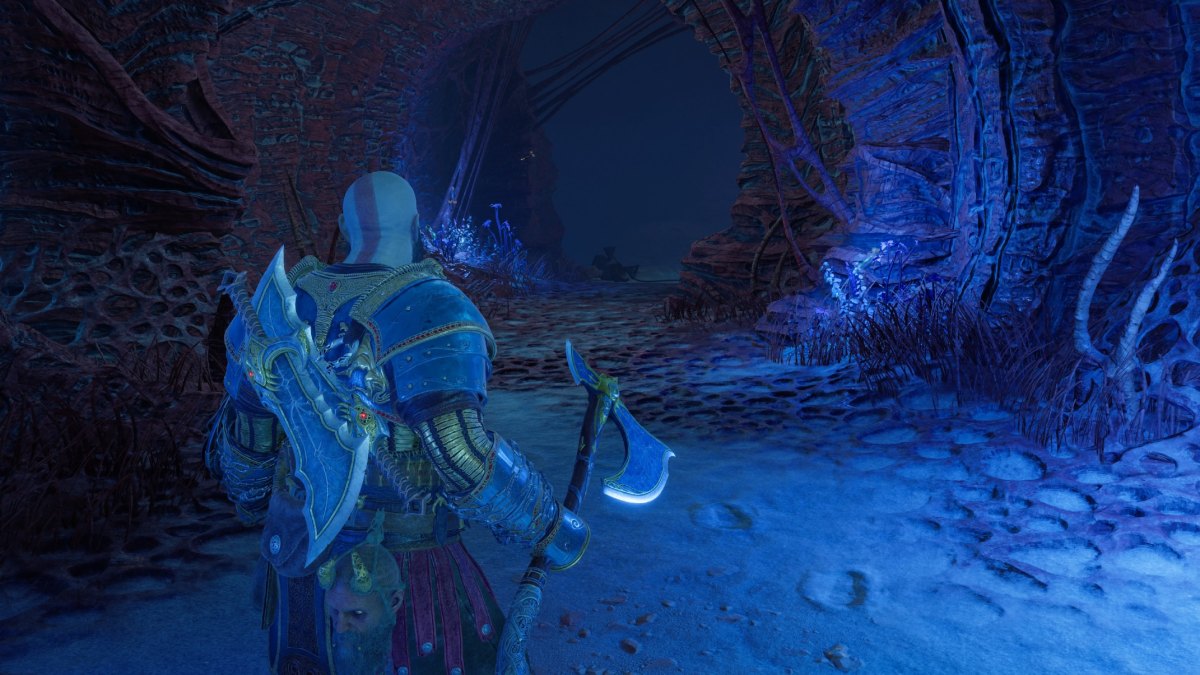 Related: Where to get the Skadi’s Edge light runic attack in God of War Ragnarok

The chest containing the Hel’s Touch light runic attack is located in Alfheim, specifically The Burrows. It is located underground, so you will have to find the entrance to The Burrows first.

Explore the area until you come across a room with a bluish look to it. If you’ve completed the side quest ‘”Song of the Sands,” then this is the room before you find the Hafgufa. If you haven’t, you’ll stumble upon this room in your playthrough. You’ll have to climb onto one of the platforms close by where you’ll see the chest with Hel’s Touch on the opposite side. That said, you’ll also notice there is no way to get to it easily.

Move to the right and you’ll see a Twilight Stone where you’ll have to aim the Leviathan Axe to clear the debris nearby. By clearing the debris, you’ll have a clear path to the chest.

Clear the debris and go down to the lower level. You’ll now be able to swing across to the other side where the chest is located.

You’ll have to swing a couple of times to reach the other side which is fairly easy. After reaching the chest, you’ll now be able to open it.

Hel’s Touch releases a quick burst of energy that knocks back enemies. It has one damage and two stun as its base stats.