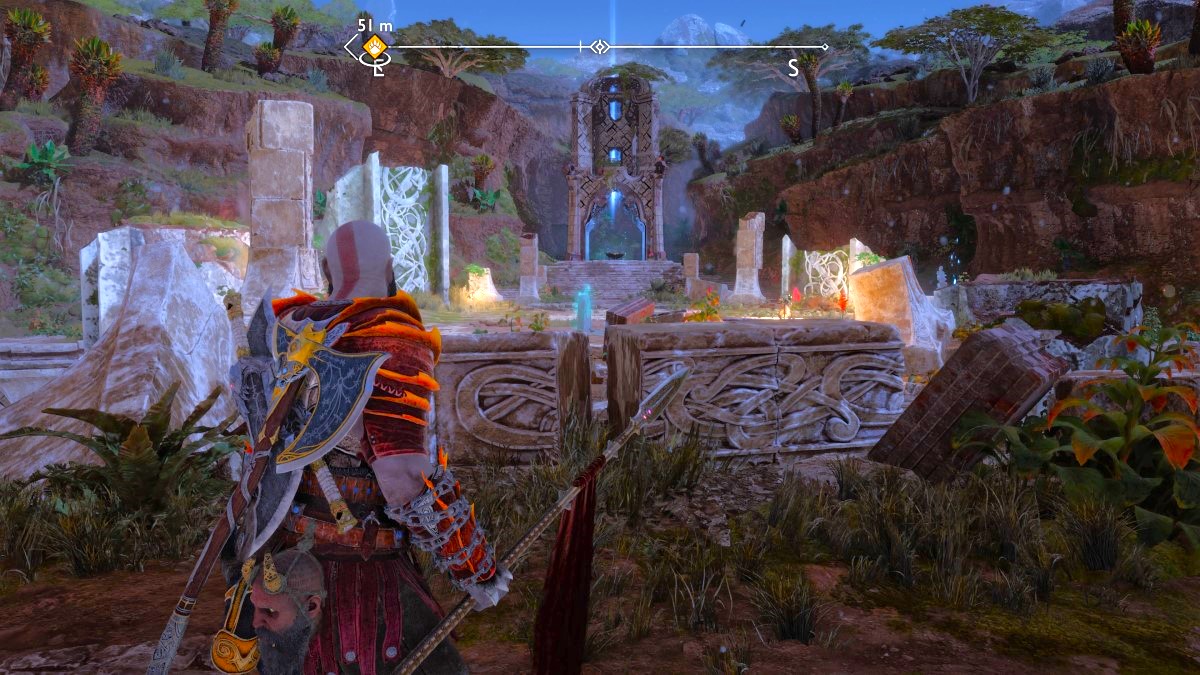 In God of War Ragnarok, The Sinkholes is a region within The Crater, which is, in turn, a hidden region of the realm of Vanaheim. You can reach The Crater by completing the Scent of Survival side quest Favor, in which you follow Helka out of Freyr’s Camp in search of Birgir, who fell out of the paper boat while fighting a dragon. Birgir’s fall happens during the Creatures of Prophecy goal on The Path main story quest line, so you’ll have to complete that before you start the Scent of Survival quest. To get from The Plains to The Sinkholes, go north over the wall from the Crater Entrance Mystic Gateway, then turn right and go east through the circular arches. The zipline at the end of this path leads to The Sinkholes.

Related: How to defeat The Ash Tyrant in God of War Ragnarok

Once you reach the Sinkholes, you’ll see that there are lots of collectibles to find:

The question now is, what is that undiscovered collectible? And how and when can you discover it?