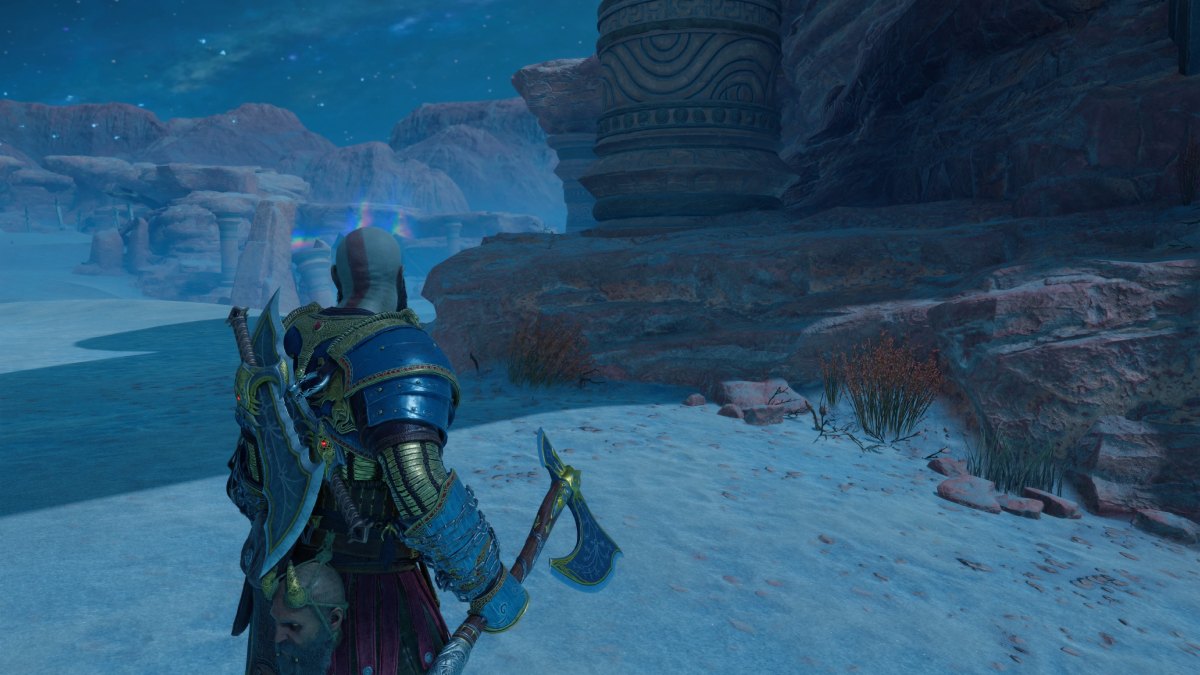 Related: Where to get the Honor The Fallen heavy runic attack in God of War Ragnarok

The chest containing the Skadi’s Edge light runic attack is located in Alfheim, specifically at the Strond.

The best way to reach the area containing the chest is to start at the Mystic Gateway at the Strond. There you’ll notice a path going upward via some platforms at the left of the Gateway which you’ll have to go to.

While going straight, you’ll come across another path with platforms that leads upward. Proceed forward as usual.

Go until you come across an area where there is a big gap with a cave on the other side. Jump over the gap and reach the end of the cave.

Related: Where to get the Wrath of the Frost Ancient light runic attack in God of War Ragnarok

When you reach the end of the cave, go to the edge of the cliff there. You’ll notice that there is a level beneath it.

Get down to the lower level and go left. There is a small area hidden away by some debris. The chest containing the Skadi’s Edge light runic attack is located just beyond it. Clear the debris and you’ll see the chest clearly, beside one of Kvasir’s poems.

You cannot access the chest because there will be a couple of Exploding Wretches you need to take out. After dealing with them, you can now open the chest.

Skadi’s Edge is a tracking axe throw that ricochets between all the targets in the near vicinity. It has two damage and one frost as its base stats.