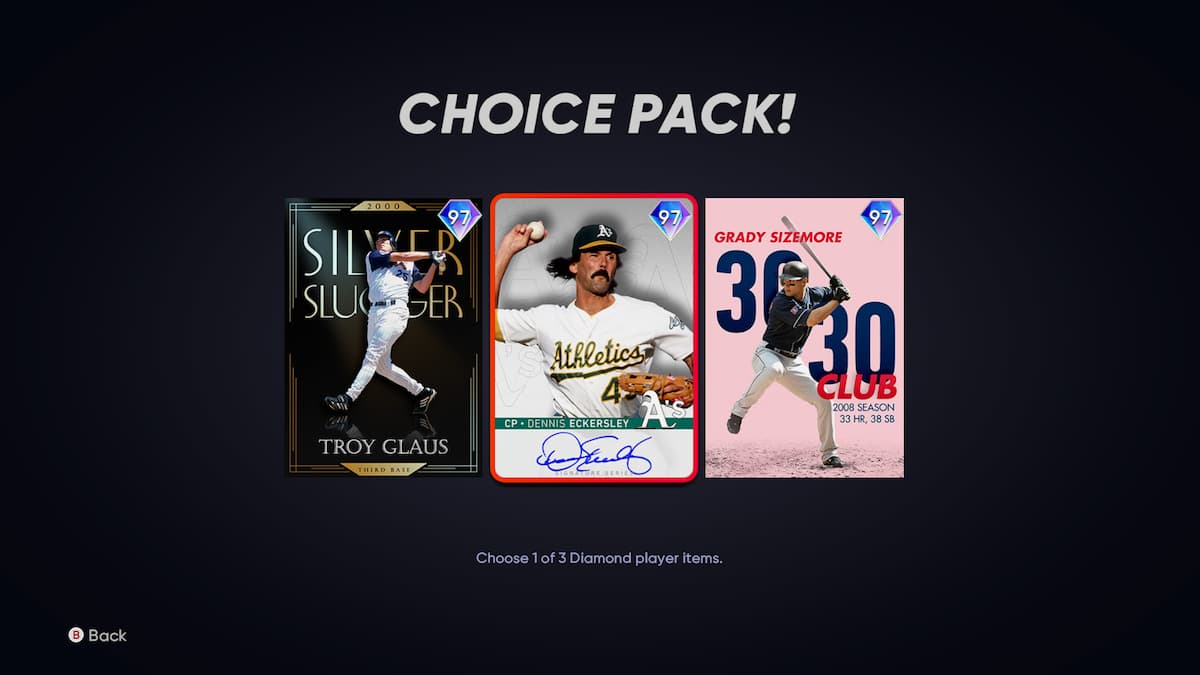 The 3rd Inning Program in MLB The Show 21 officially opened up on June 4. Three new bosses are in the game, and MLB The Show players can get one for free once hitting Level 25 in the program. So, which one should you pick: Troy Glaus, Dennis Eckersley, or Grady Sizemore? Let’s take a look at the three cards, plus our recommendations.

Before we get into our opinions, let’s look at the attributes for the three bosses, starting with Troy Glaus:

Which 3rd Inning boss should you pick?

In our opinion, we think you should eliminate Grady Sizemore right off the bat (yes, the pun is intended). While the former Indian does offer incredible speed and fielding, the problem is with the offensive attributes. Sizemore has average numbers against lefties, and while the ratings against right-handed pitchers are not too bad, the contact figure is just a tad bit too low.

Eckersley, meanwhile, offers some real value. Eckersley uses a slider and sinker, and a fastball that can run up to the mid-’90s. While the velocity isn’t overpowering, the sinker and slider, coupled with strong H/9 and K/9 attributes, should get swings and misses. And it should have value for many months to come.

Let’s wrap up our opinions with Troy Glaus. Aside from Contact R, Glaus’ hitting attributes are tremendous. In addition, Glaus’ versatility in the field (he’s also eligible for SS) makes the former Angels third baseman a powerful option for your lineup.

While we do like Sizemore’s speed and fielding, this card’s hitting attributes are not fantastic. You might be better off sticking with someone like 1st Inning boss Kenny Lofton, who has better speed and contact numbers. Go with Glaus or Eckersley, as both have the potential to stick in The Show meta for quite some time.