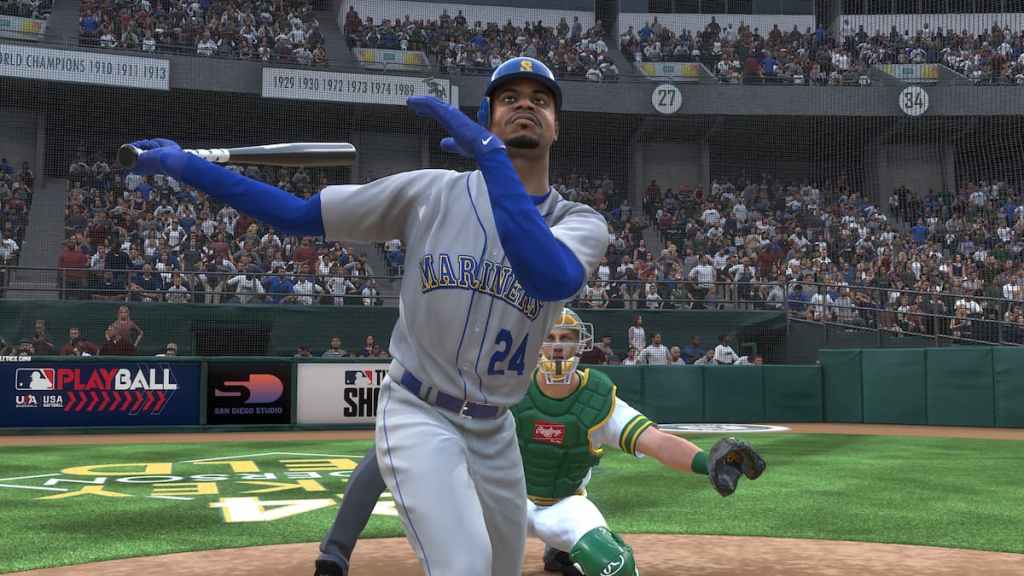 The 2022 MLB regular season is in the books, and the MLB The Show 22 Legends of the Franchise program will soon join it. Don’t worry, as a new Featured Program will take its place on October 7. This featured program will be called the Fall Stars program, and it’s set to release several new 99 OVR cards into MLB The Show 22 and Diamond Dynasty. So, which players are set to receive the program boss label for this event? Let’s take a look.

On October 5, San Diego Studios unveiled that the Fall Stars Featured Program in MLB The Show 22 will have nine different bosses. This program will feature one catcher, one first baseman, one shortstop, one center field, two right fielders, two starting pitchers, and one reliever.

Over the next 24 hours, SDS released the names of the other six. Here are all nine bosses in the Fall Stars featured program:

The program will mark the second 99 OVR player item that Ken Griffey Jr. has received in 2022. The other one was released as part of a different program earlier this year.

The other six will be revealed in the lead-up to the full release of the Fall Stars program. This program will begin on October 7.