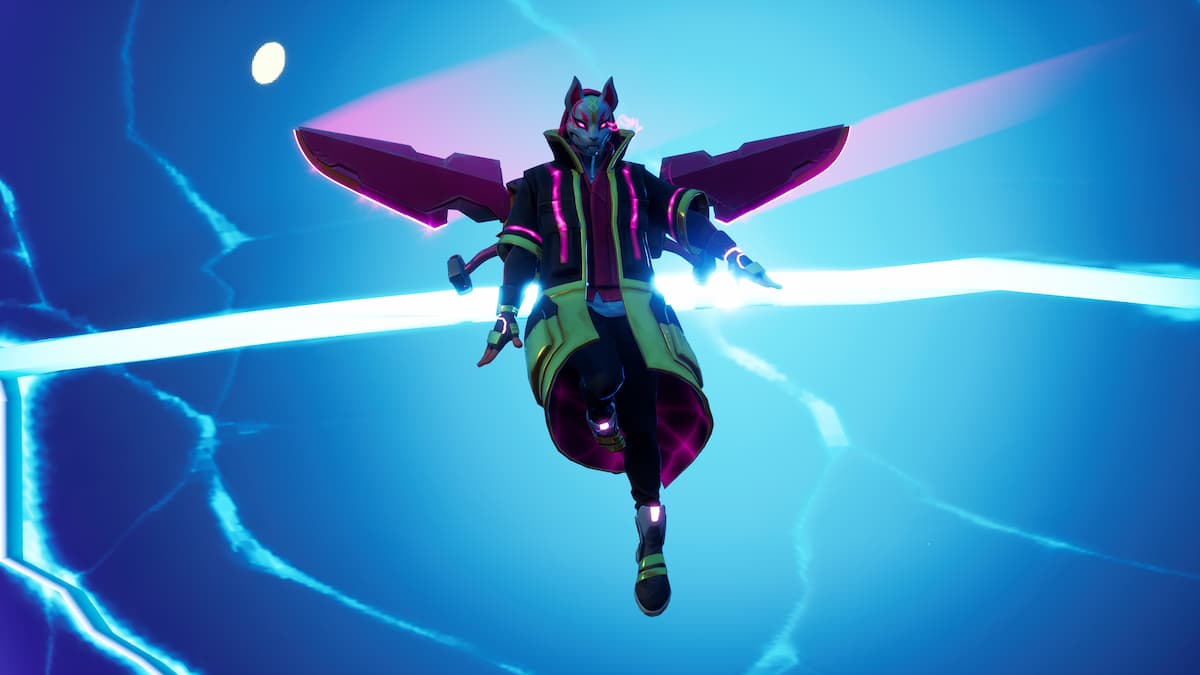 The Fox Clan appears to have taken over the Fortnite Twitter account and are using it to send messages directly to Drift. The first message that was sent called out to Drift, asking him if he was there. The second advised Drift that the Fox Clan were in trouble and that they needed him.

While at first, it is easy to assume that Drift, and Catalyst, are both members of the Fox Clan, but this does not appear to be the case. The last survivor of the Fox Clan is sending the messages to Drift to let him know that everyone is dead, and something is hunting them. The last message was “Whoever gave you the Fox Clan mask made you a target”.

Even more interesting, all the messages are now gone, and the Fortnite symbol and header have once again replaced the images that the Fox Clan member had apparently hacked onto the account.

So, it would seem that Drift’s mask is related to the Fox Clan, but Drift may not be. He could just have been a friend of someone in the Clan, or maybe he performed a great feat for them or was owed a favor. Either way, this survivor has never met Drift, or if they have it has never been in a capacity where Drift would remember them.

Drift first appeared in Fortnite in Season 5 and was central to the story at the time, although the story that season was a little weak. Drift traveled around the map from place to place, but then dropped out of the story and hasn’t come back into it until now. Catalyst arrived in the game in Season X.

The current theory is that this new skin will be in a new addition to the Drift set and will be a part of the Fortnite Crew subscription service. In a recent update about the service, Fortnite mentioned they were working to improve the offering, and that would be seeing a new face who had never been in Fortnite before, followed by a fox emoji. That, for now, appears to finally make sense.

This also seems to eliminate another theory, that the skin will be a Drift 2.0 skin, as we already have Drift, or at least the players who worked to get it back in Chapter 1 Season 5 do.

For now, it is all just a mystery, but we will be updating this article with anything new that we learn about the mysterious Fox Clan.