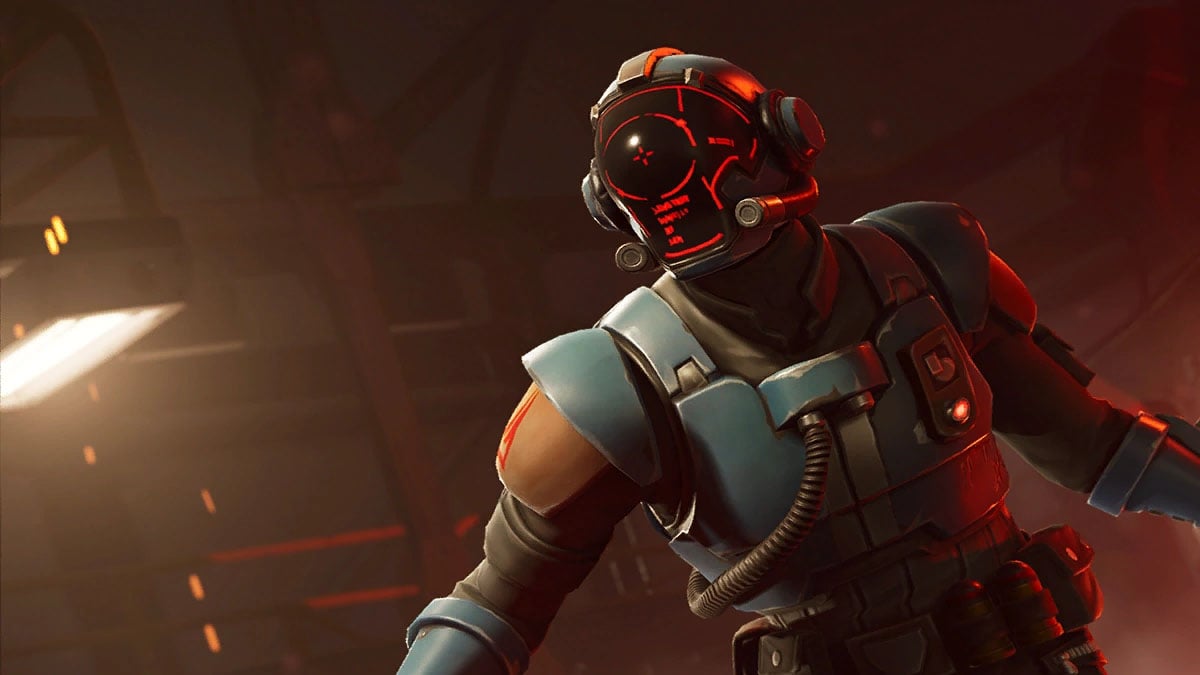 Epic has been teasing Fortnite Chapter 2 Season with some new trailers, telling us that the Order has lost control of the Zero Point, and that reality is about to end. Jonesy is going off script it seems, has been locked out of all the Order’s systems, and in one of the trailers, he is looking for information on The Seven.

Newer fans won’t know who The Seven are, but they have been an ongoing element of Fortnite’s story for some time now. The Seven first appeared in Chapter 1, although only three members of the mysterious group are currently known, The Visitor, The Scientist, and the Paradigm.

Not much is known about The Seven, how the group formed, what their goals are, or the identities of the remaining members. Like most groups in Fortnite, their main interest appears to the Zero Point, although it is not known at this time if they want to contain the dangerous anomaly or destroy it.

The Visitor first appeared in Chapter 1 Season 4, while The Scientist and Paradigm appear in Season X. The Seven are not from the same reality as the island, so we can safely assume that whatever happens to the Zero Point will affect not just Jonesy’s reality, but all realities in the Fortnite universe. There is also a theory that all the members of The Seven are actually the same people from different timelines.

Despite being very mysterious, the Seven has been directly involved in multiple end-of-season events in Fortnite. In the Blast Off event, the Visitor launched a rocket that opened rifts all over the original island. During The End event, the Scientist used Rift Beacons to call in the rest of the Seven to help him teleport a massive meteor into the Zero Point, rearrange the matter of the island, and creating the current island.

If the Seven are coming back, as is heavily hinted, then this is good news for players as it always means big changes to Fortnite.