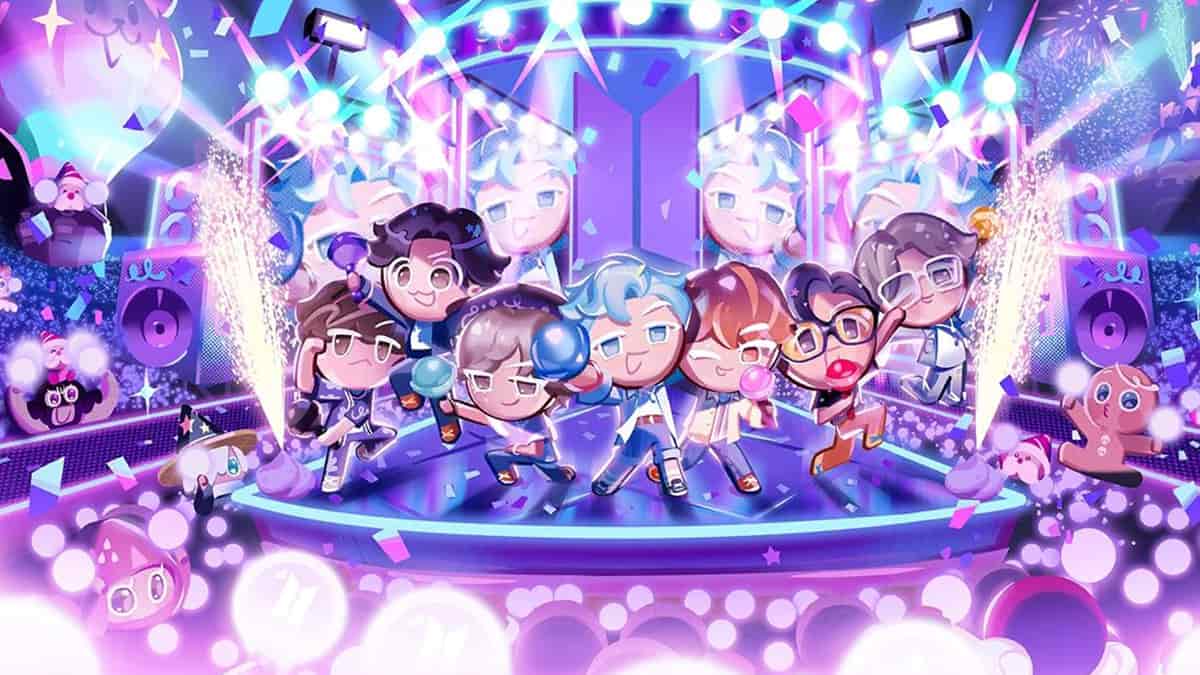 Cookie Run Kingdom is no stranger to collaborations. In the past, they’ve had Sonic and Tails as playable Cookies. Then, earlier this year, various Disney characters such as Mickey Mouse and Mulan were added to the game as Cookies you could interact with, but they couldn’t be used on your team. Now, the most popular K-POP group, BTS, has made their way into the game. Following in the steps of the Sonic collab, players can try and collect all seven members of BTS to use them on their team. While all seven Cookies have identical stats, the same skill (ARMY’s Wishes), and will only heal your team, they do have unique interactions with certain decor. So, if you’re a member of the ARMY, you might be wondering: how do you get the BTS Cookies in Cookie Run Kingdom? Let’s take a look.

The only way to get the BTS Cookies in Cookie Run Kingdom is to pull from the limited-time Braver Together! gacha. Unlike the typical gacha banners in this game, you won’t be using diamonds to pull from it. Instead, you’ll be using a unique currency exclusive to the BTS gacha called Army Bombs.

Army Bombs can be earned by completing the various BTS event missions, like the Kingdom Tour Stamp Event and the Army Bomb Missions. The latter contains some very easy tasks for you to complete like having 25,000 decor points and joining a guild. If you’ve already done these prior to the event starting, the mission will automatically be completed for you. How many Army Bombs you get from the Army Bomb Missions can range from 100 to 2,000.

You can start pulling from the gacha once you have 500 Army Bombs. However, we strongly recommend not doing this. Instead, wait until you have 2,500 to do a five-pull. A five-pull gives you better odds of getting a BTS Cookie, which has a 0.314% chance of being pulled.

It’s important to note that the BTS Cookies aren’t the only thing in this gacha. Included in the Braver Together! gacha are costumes for the seven different members of BTS and exclusive decor. The decor you get from here will have unique interactions with one of the members of BTS. For example, RM Cookie has a unique interaction with the Buttering Bike and Waffle Bonsai Display Stand.