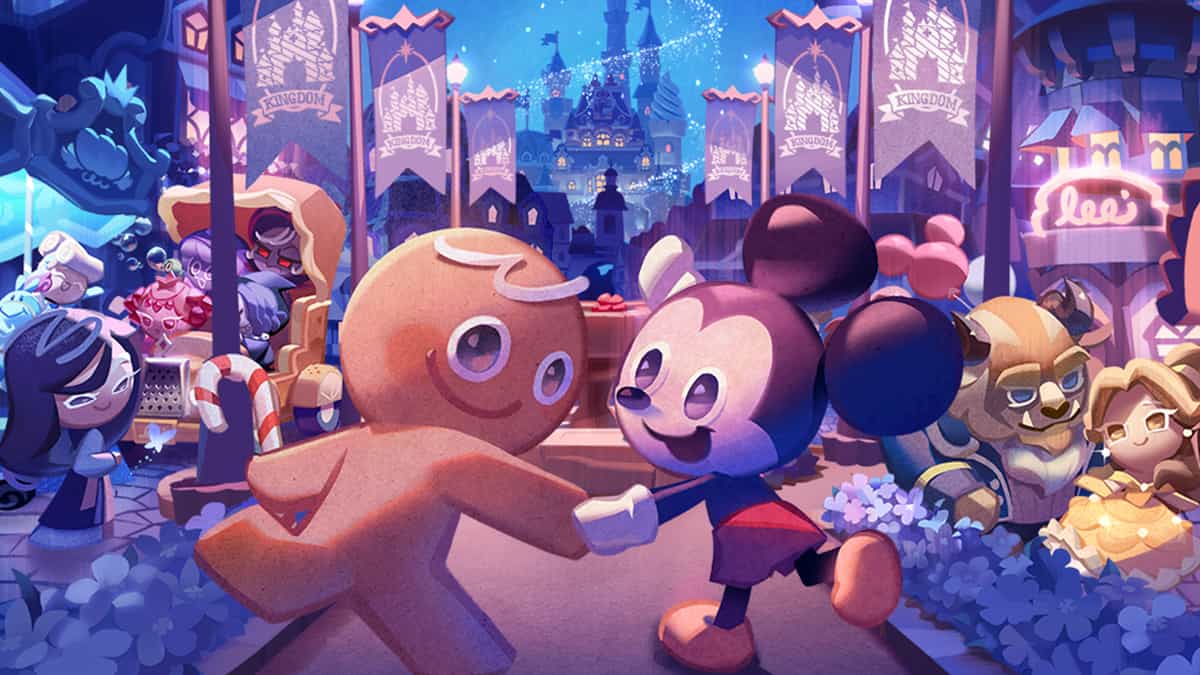 After teasing a Disney collaboration on social media, developer Devsisters has finally released a much-anticipated update Cookie Run: Kingdom. This update not only includes a ton of content involving Disney, but it also has a brand-new original Cookie for players to try and pull for. Here’s everything that you need to know regarding the new update for Cookie Run Kingdom and the Disney collaboration.

Cream Unicorn Cookie is one of the confirmed Cookies that will be released in this update. He’s an epic-grade Healing Cookie with the Skill called Midsummer Night’s Dream. When this skill is activated, he will turn into a unicorn and decrease all incoming damage to allies and stop enemies’ skill cooldowns.

His English voice actor is Joshua David King. King is best known for playing Changping and Kousuke in Genshin Impact.

The Disney collaboration will last until September 13. Until then, players will be able to collect 47 limited edition Disney-themed decorations to decorate their Kingdom with. Also, during this time, there will be a special event going on “Disney Cookie World.” This stamp event will encourage players to tackle various Disney-themed events such as collect Disney cookies and buying the different Disney decorations. Players who complete all the activities will be rewarded with a Disney Magic Cookie Castle, a special skin that resembles Cinderella’s iconic castle.

Alongside Cream Unicorn Cookie, it’s expected that plenty of Disney characters will be making an appearance. The developer has teased numerous Cookies on social media and fans who have watched the preview video were able to spot some iconic characters hidden throughout the teaser. Here are some of 20 Disney Cookies that will be appearing in the game. Players will be able to interact with the Disney Cookies, although at the time of writing, we cannot confirm if these Cookies will be to fight in battle like Sonic and Tails were.