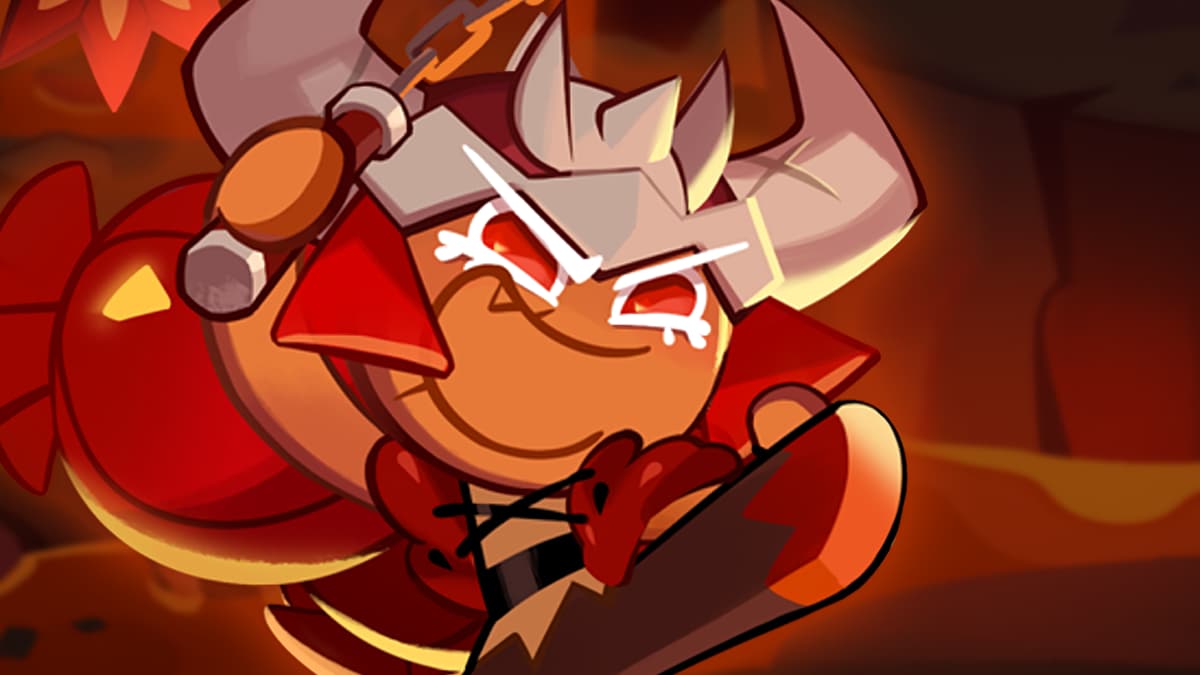 Cookie Run Kingdom’s big 10.8 update introduces English voice acting and a brand new cookie named Mala Sauce Cookie. She’s based on an incredibly spicy sauce found in China, which is why her personality is over-the-top.

By default, Mala Sauce Cookie will be prioritized to the front.

Mala Sauce Cookie has an Epic rarity. In each gacha pool, Epic cookies have a 19.28% of dropping and each cookie has a 0.046% chance of dropping. However, considering Mala Sauce will be a new character in the game, it’s very likely that she will become a featured cookie.

Mala Sauce will strike the ground with her mace, causing it to rupture and deal area damage. Lava will then erupt from the ground and apply a burn debuff dealing damage over a period of time. Lastly, this skill will increase the CRIT% of the two allies with the highest CRIT% stat.

Mala Sauce is a charge cookie, meaning that she will be hurt enemies with aggressive, close-up attacks. She’s great at dealing damage and her skill will push enemies back.