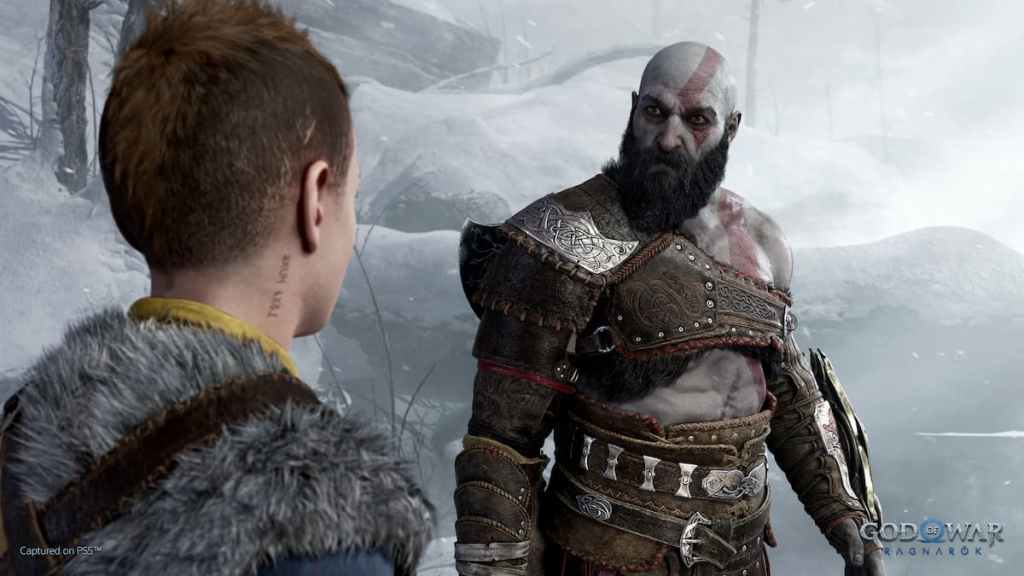 Numerous characters returned to the God of War sequel, God of War Ragnarok, and a bunch of new faces were added to the cast. We received a quick peek at many of these characters during the PlayStation 2021 Showcase, and many of the actors stepped forward to share their involvement. With the game out, we can discuss the many performance actors in this story. Here’s what you need to know about all the actors in God of War Ragnarok.

All voice actors in God of War Ragnarok

Returning as Kratos is Christopher Judge, who assumed the role in 2018’s God of War game. It was Judge’s first time in this role, and many applauded his portrayal of the more experienced Kratos and his attempts to assume a fatherly portrayal. You may also recognize Judge for his work on Stargate SG-1 as Teal’c.

Sunny Suljic also returns to play as Atreus, Kratos’ son. He previously held the role in 2018’s God of War, and he’s aged several years since we last saw him. As a result, he’s still trying to grips with what he learned at the end of the previous game. Suljic also made a star turn in Jonah Hill’s directorial debut Mid90s.

Mimir will be reprised by Alastair Duncan. Mimir assumes the same role as the gifted storyteller and as a gifted informant for Kratos and Atreus throughout their journey. Duncan has had numerous roles and most recently played Alfred Pennyworth in Batman: The Long Halloween.

Sindir, one-half of the incredibly talented dwarven blacksmithing brotherly duo, is reprised by Adam Harrington. Sindri spent much of the first game divided with his brother but has since come together, and the pair have returned. Harrington has played several roles across television series and has played Greg Alberts in The Little Things, Congressman Murray in Parks and Recreation, and Tyson Latchford in Battlefield: Hardline.

The other half of the dwarven blacksmithing team is Brok, who is played by Robert Craighead. Brok is the more brash and brutal of the two brothers and is the first one you meet of the two in 2018’s God of War. Craighead has been in countless television shows and movies, most recently having played Sheriff Walker Conley in Ruthless.

A new character added to the God of War line-up is Durlin, played by Usman Ally. Durlin is a dwarf and an official you’ll encounter from Svartalfheim. Ally has played a handful of roles, such as the Hook-Handed Man in A Series of Unfortunate Events on Netflix and Sergei in Superintelligence.

Danielle Bisutti returns to her role as Freya, previously Odin’s wife and the queen of the Valkyries. Freya has a score to settle with Kratos and Atreus after her son Baldur is killed. Bisutti played Elizabeth Ackerman in Little May and Mrs. Adams in Greenlight.

A major threat and looming antagonist Kratos and Atreus will be facing is Thor, the god of Thunder. He’s the reason all of the giants in Midgard are gone and is considered to be Odin’s hitman. Thor will be played by Ryan Hurst, who has played numerous roles, notably Beta in The Walking Dead, Harry “Opie” Winston in Sons of Anarchy, and Lobo in Superman: Man of Tomorrow.

Odin, played by Richard Schiff, is the Allfather, the one who is the head of all the Aesir in Norse mythology and is plagued with knowing how Ragnarök happens. However, he’s more concerned with preventing it, and in his obsession, he typically causes it. Schiff has played countless roles, most notably Aaron Glassman in The Good Doctor, David Herzberg in Murder in the First, Mark Swarr in Se7en, Eddie Carr in The Lost World: Jurassic Park, and many more.

A new character added to God of War is Angrboda, played by Laya Hayes. In Norse mythology Angrboda has a connection to Loki. Hayes has played a handful of roles, such as Delilah in The Equalizer, Doc McStuffins in Doc McStuffins: The Doc Is In, and Jing in Kung Fu Panda: The Paws of Destiny.

In God of War Ragnarok, we finally encounter Faye, the mother of Atreus and Kratos’ wife. Woll has several acting credits to her name, such as playing Karen Page in Netflix’s The Punisher, Daredevil, and The Defenders, Jessica Hamby in True Blood, among multiple other television series.

Ben Prendergast plays the previously lost Tyr, a character Odin said he had killed but instead locked away to prevent him from causing further strife in the Nine Realms. Prendergast has appeared in multiple television shows and video games, such as playing Darth Maul and General Hux in The Lego Star Wars Holiday Special, Fuse in Apex Legends, and General Hux in Star Wars Resistance.

Scott Porter plays Heimdall, one of Odin’s top officials in Asgard and a god in Norse Mythology. He is a primary adversary to Kratos and Atreus. Porter has also appeared as George Stacy in Spidey and His Amazing Friends, Luke Travers in Takin the Reins, Bucky Barns in Marvel’s Avengers, and The Flash in Harley Quinn.

Brett Dalton plays Freyr, Freya’s brother and another mythical in Norse mythology. He will appear as an ally to Kratos and Atreus during their adventures in an attempt to stop Odin. Dalton has played Jason Pelham in Chicago Fire, The Witness in Destiny 2, Michael in Until Dawn, and as Parasite in Superman: Man of Tomorrow.

SungWon Cho plays Ratatoskr, the tender to the World Tree. Although Ratatoskr remains in the world between worlds, he consistently finds tasks for Kratos and Atreus to complete during their travels. Cho has appeared as Holst in Fire Emblem Warriors: Three Hopes, Mikey in Neon White, FL4K in Borderlands 3, and several other acting credits.