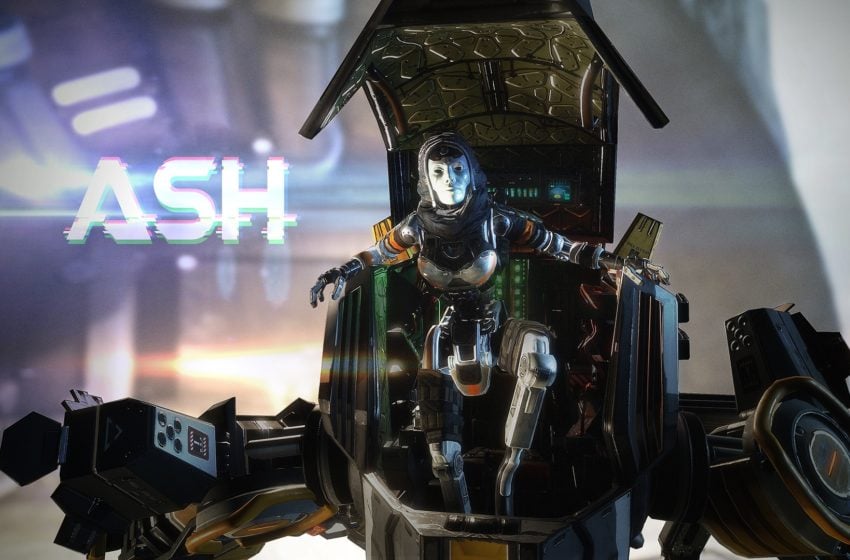 In the final mission of the Broken Ghost questline, Apex Legends players were met with a number of big twists, not the least of which being that the robotic head they had been meticulously assembling all season does not, in fact, belong to Revenant’s old body. It belongs to Ash, another memory from the events of Titanfall 2, and one which may bring a lot of changes to Apex Legends in the future.

Who was Ash in Titanfall 2?

Players first encountered Ash during the singleplayer campaign of Titanfall 2. As a member of Kuben Blisk’s Apex Predators mercenary outfit, Ash was one of the mini-bosses protagonist Jack Cooper has to face in combat. Prior to that direct encounter and her subsequent defeat, Ash demonstrates her sadistic nature by disobeying Blisk’s order to kill Cooper quickly, instead forcing her quarry through a gauntlet of controlled environments and robotic minions.

It is not known if Ash was always the person she is during the events of Titanfall 2, as her flesh-and-blood past is a mystery to everyone. We don’t know what she did prior to her induction into the Apex Predators, other than it ended up destroying her human body, turning her into a simulacrum.

However, we do know that Ash survived her encounter with Cooper, her body rebuilt a second time by arms manufacturer Vinson Dynamics who then task her with leading their private militia. Her final appearance is in the mobile strategy game Titanfall: Assault, where she has the ability to block damage with a Vortex Shield, and can take over enemy robotic units. Those abilities are fairly off-canon, however, and likely won’t play into any future iterations of Ash we might meet.

How is Ash linked to Apex Legends?

Until her surprise reveal at the end of the Broken Ghost quest, Ash was absent from the Apex Legends universe. We did have two small, tangential connections, however. One was Kuben Blisk, who is the creator of the Apex Games players compete in. The other is the fact that Revenant is also a simulacrum. Prior to Revenant’s release, some in the community speculated the skeletal simulacrum rumored to be coming to the game was in fact Ash.

Will Ash be a playable legend?

According to the wildest theory currently circulating in the Apex Legends community, she already is. Some believe that Wraith is Ash, who has undergone a third rebirth of sorts, one in which her consciousness has been transplanted from the simulacrum shell into a new human body. That would explain why Wraith has the same phase-based abilities as Ash, and why she has no memories of her past prior to waking up in a secret science facility. This theory is reinforced by one of Wraith’s skins which shows her in a robotic body, with a face plate that vaguely resembles Ash’s death mask.

The serious answer is that Ash will most likely not be a playable legend any time soon, if ever. Respawn have been really good at distinguishing Apex Legends’ timeline and events from those of Titanfall, and will almost certainly introduce many new original characters before recycling an old one like Ash – as iconic as she may be.

We stand to learn more about Ash in the upcoming Season 6 of Apex Legends. That next part of the narrative will also apparently reveal more about Lifeline and Octane’s shared past.