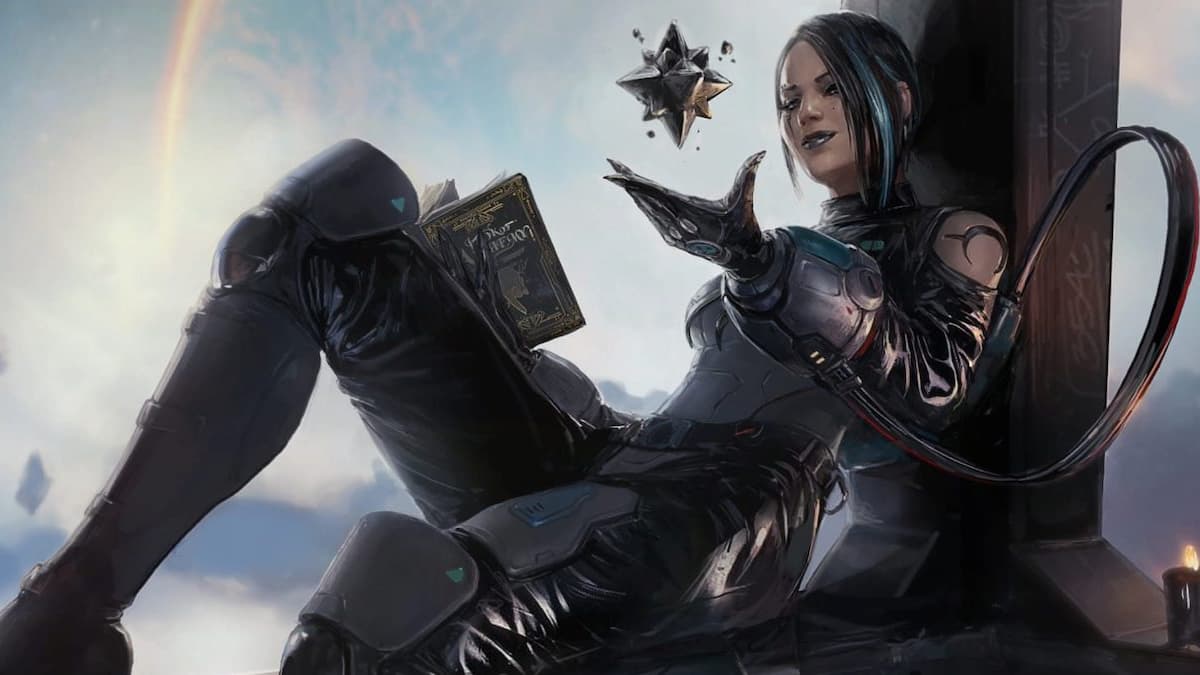 As expected from every Apex Legends season, the battle royale is adding yet another new, unique Legend to its roster in Season 15. If anything, this character is quite groundbreaking for the title. The person in question is the defensive Legend Catalyst who not only has an identity all her own, but a backstory that results in the introduction of a never-before-seen map. Here’s everything players should know about Catalyst in Apex Legends.

Everything we know about Catalyst in Apex Legends

Despite not having appeared in Apex Legends lore before, there are several details pertaining to Catalyst in the recently released “Last Hope” episode of Stories of the Outlands. The Legend, whose full name is Tressa Smith, is shown to have grown up alongside three witches on the planet of Boreas. This footage also examines a past conversation Catalyst has with her friend Margot, as the Legend details her struggles and triumphs of transiting into a trans woman. Although there have been characters of the LGBTQIA+ community before her, the significant plot point does make Catalyst the first trans woman to be featured as a Legend.

The episode also hints as to why Catalyst is joining the Apex Games. At the start of the video, it is apparent the planet’s moon, Cleo, is being mined and actively destroyed by Hammond Robotics. In order to stop the process, the Legend and Margot hatch a plot to break into their facilities and shut down their machinery. Unfortunately, the attack doesn’t go as planned, as Hammond’s security begins firing upon the two, causing Margot to detonate a bomb that seemingly damages her and the mining plant. It is not said if Margot survived the explosion, but the video concludes with Catalyst managing to escape to Cleo — which points to where Season 15’s new Stellar map takes place.

As for gameplay, developer Respawn Entertainment has only said the Legend has the power to terraform and manipulate the battlefield through her use of ferrofluid. This may not give fans too much insight, but it does add weight to leaks revolving around her skillset. In March, Catalyst was one of nine unreleased Legends at the time that were unearthed in great detail. According to Reddit user Legitimate_Chapter82, Catalyst is listed as a “Creative Builder” who can reinforce doors with her Passive and build a variety of structures, such as ramps and towers, with her Tactical and Ultimate abilities.

Related: Who is the voice actor for Catalyst in Apex Legends?

However, like any rumor, players should this information with a grain of salt until it’s officially detailed. Those anticipating this massive content drop will surely know more once its launch trailer releases on October 20. Shortly after, Season 15 and Catalyst will then be available to experience on all supported platforms on November 1 — the same date the game’s gifting feature is implemented.