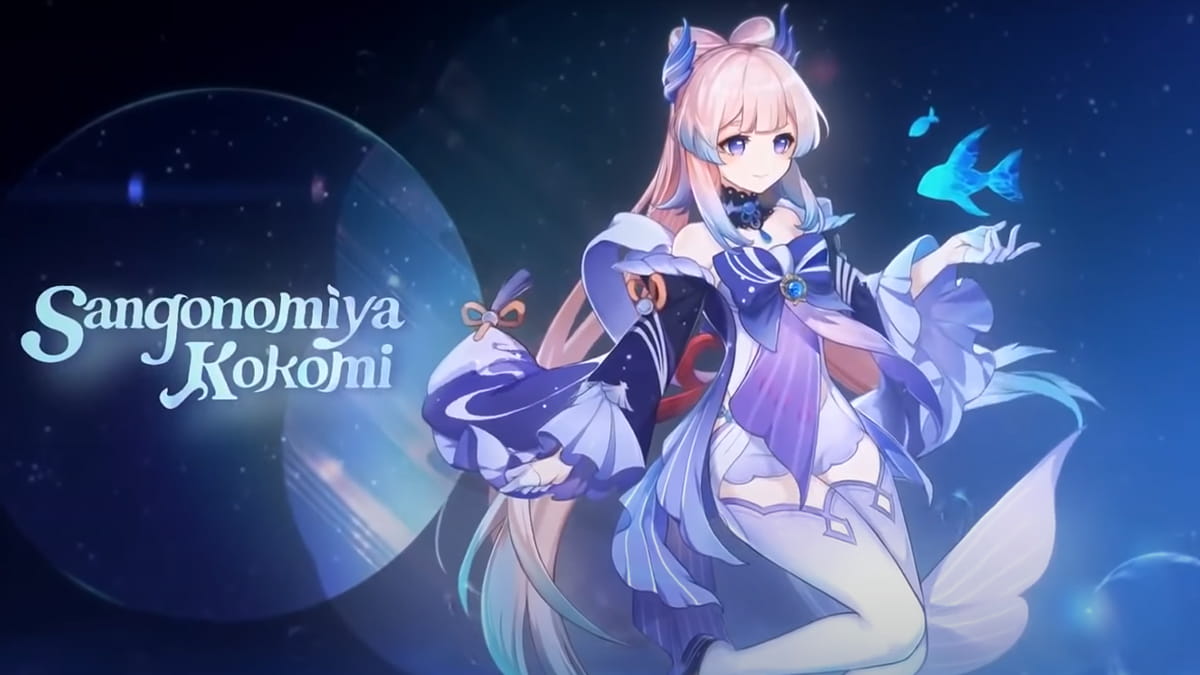 Sangonomiya Kokomi is a playable character originally introduced in Genshin Impact’s 2.0 update. There are many questions surrounding the young Hydro Catalyst user, but many are asking who is voicing her, and where they may have heard her voice before.

Kokomi’s English voice actress is Risa Mei, who has done work in anime series such as Tilly in World Party, Rum and Shirley in Shadows House, and Cillia in Kami-tachi ni Hirowareta Otoko. Although her credit list is short, she proves to be an excellent voice actress through each character she puts life into, most notably Kokomi.

Kokomi’s Japanese voice actress is Suzuko Mimori, whose name might seem familiar to some as she has collected a long list of roles since her debut as an actress in 2001. Her most notable works are Umi Sonoda from the popular rhythm game and music anime Love Live!, and Hiyoko Saionji from Daganronpa 2: Goodbye Despair.

Her Korean voice actress is Yeo Yun-mi, who has numerous credits in various Korean dramas and has won awards for her incredible acting in With a Girl of Black Soil. Kokimi’s Chinese voice actress is Guiniang.

Kokomi has a -100% CRIT rate but she makes up for that with a healing bonus as well as some other great abilities. She can be pulled from the Drifting Luminescence banner. Alongside her will be three four-star characters: Xingqiu, Beidou, and Rosaria.